The Miami Heat closed out the Boston Celtics in Game 6 to advance to the NBA Finals and face LeBron James and the Los Angeles Lakers. 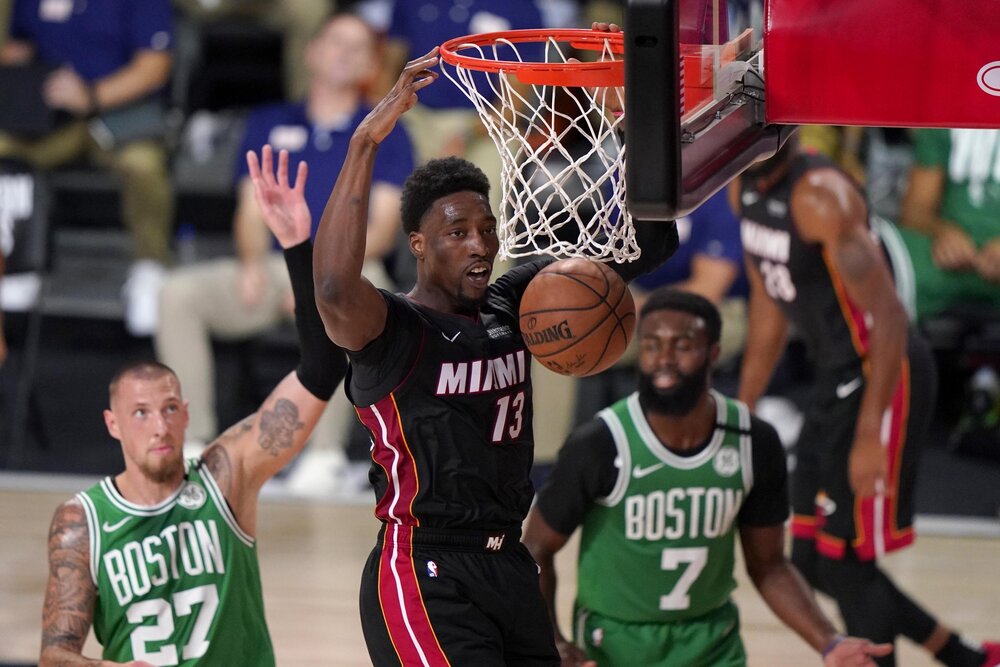 The Heat is back in the Finals! With a hard-earned 125-113 victory over the Celtics in Game 6, the Heat moves on to the championship stage, setting up a date with LeBron and the Lakers. Bam Adebayo led all scorers with his 32 points, while also hauling in 14 rebounds and 5 assists.

It was again a back-and-forth battle between the two defensive-minded squads as the Heat only had a precarious two-point lead by the end of the first half. But Miami committed costly turnovers in the fourth quarter, leading to multiple breakaway buckets from the Celtics.

Boston even had the upper hand in the early minutes of the fourth quarter, building a 96-90 advantage heading into the crucial minutes of the payoff period. Then Heat rookie hotshot Tyler Herro drilled a couple of baskets, and Adebayo followed it up with clutch buckets in the paint and an excellent assist on a Jimmy Butler easy lay-in.

Nikola Jokic is out, but there's a point-center still balling out in the playoffs. Bam Adebayo is coming alive.pic.twitter.com/ormbSgfaCo

Butler chipped in 22 points and 8 assists in the win, while Herro came up big his 19 markers off the bench. Andre Iguodala, who will now advance to his sixth straight Finals appearance, made a perfect 4-4 clip from the three-point line.

The Celtics drew 20-point outings from their four key cogs, but failed to deliver the defensive plays in the clutch. Jaylen Brown topscored for Boston with his 26 markers, and Jayson Tatum came up with an all-around night of 24 points, 7 boards and 11 dimes.