The Philadelphia 76ers are rumored to be interested in trading for Rockets star James Harden, and they can make that possible by hiring Mike D’Antoni as their next head coach. 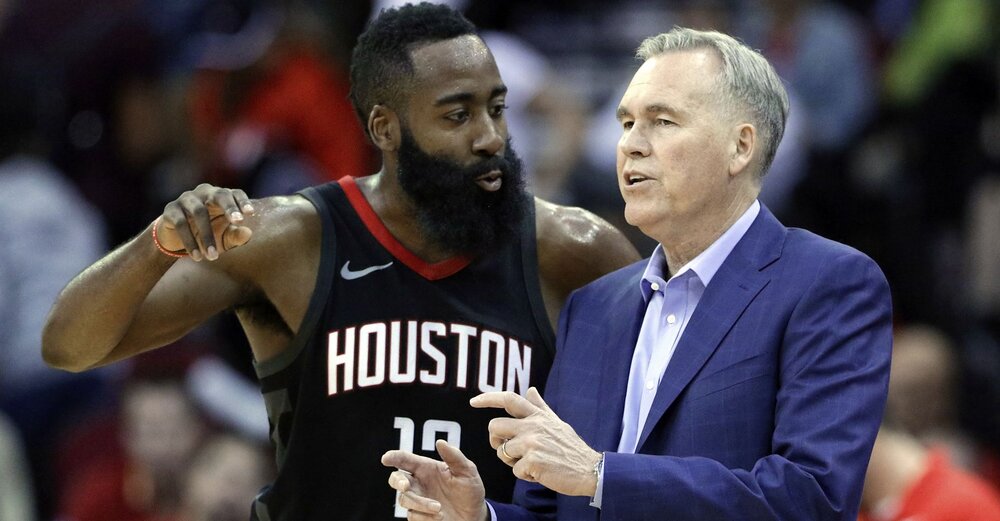 The Sixers are trying to lure both Mike D’Antoni and James Harden to come to Philadelphia. (Photo by Michael Wyke/AP)

Although no concrete reports have surfaced just yet, it is being speculated that the 76ers are targeting Mike D’Antoni as their next head coach with plans of bringing in James Harden in the horizon. John Clark of NBC Sports reported about this development, emphasizing that there is a possibility of the former MVP being moved before he becomes a free agent in 2023.

Harden can become a free agent in 2 years and there is possibility of trade pic.twitter.com/gJVecCuhHN

After another disappointing playoff exit this season, the Sixers front office fired long-tenured coach Brett Brown. It was then reported that D’Antoni is the frontrunner for the vacated position, along with former Cleveland Cavaliers champion coach Ty Lue and former Oklahoma City Thunder tactician Billy Donovan.

With the Chicago Bulls already locking up Donovan, it’s arguably a tie-up between D’Antoni and Lue. Reports have it that the former Rockets coach has the inside track on the job, with star Joel Embiid also all-in on the potential hiring.

Going back to the remote possibility of a Harden-Sixers pairing, it’s hard to imagine how Philly would pull this off without moving either one of their two young stars. The Sixers front office has been adamant that they will hold on to Embiid and Ben Simmons, so they have to get really creative if they pursue their own version of the Big 3 with Harden leading the charge.