Javee Mocon and the Rain or Shine Elasto Painters clicked on all cylinders as they defeat the June Mar Fajardo-less San Miguel Beermen, 87-83. 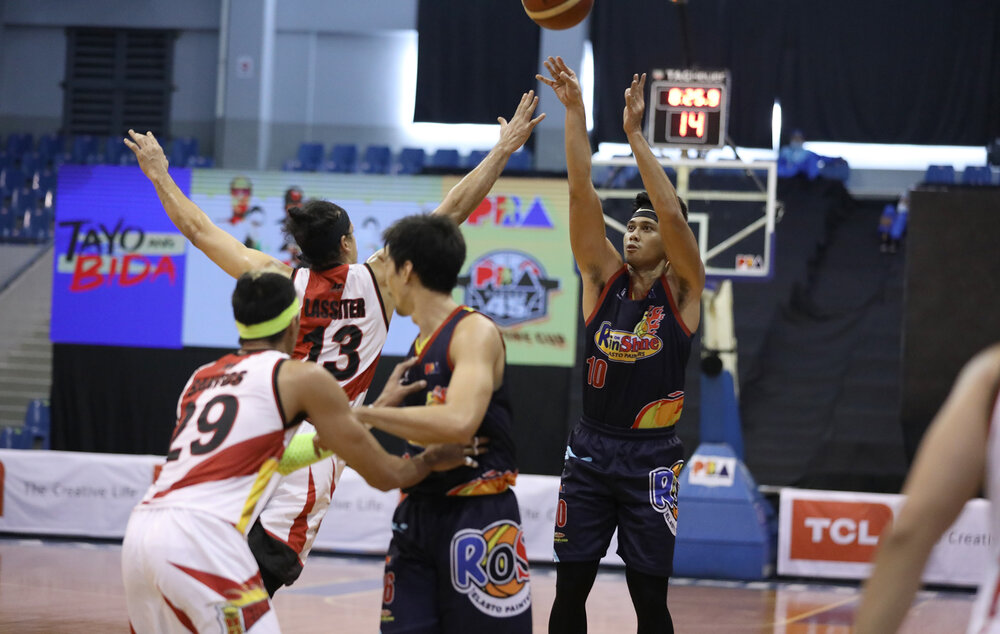 Javee Mocon put up 25 points in Rain or Shine’s win over San Miguel. (Photo from PBA)

Mocon showed that he has what it takes to be the franchise’s new cornerstone as he fired off a game-high 25 points while also adding rebounds and assists. Rain or Shine’s defense was again in full display, limiting San Miguel’s scorers especially in the first half.

With the Elasto Painters leading by 13 entering the payoff period, the Beermen would then show their championship mettle and storm back in the dying seconds. Terrence Romeo, who was struggling all game long, drilled a three-pointer on the top of the key to cut the deficit to 82-81. 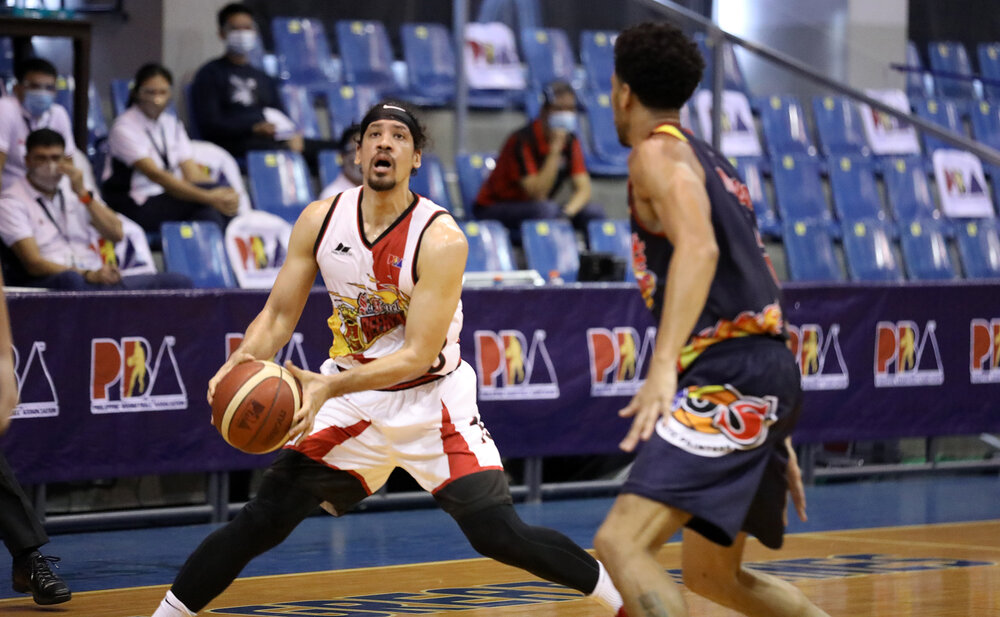 But Rey Nambatac, who was 0-6 from the field until the game-winning possession, got the ball from a broken play and hit a triple of his own to ultimately seal the win for Rain or Shine. Scoring point guard Kris Rosales was also a key cog in the win, putting up 15 markers off the bench.

National team mainstay Marcio Lassiter topscored for the Beermen with his 20 markers, while veteran guard Alex Cabagnot produced 18 points off the bench. Romeo finished with 11 points, but struggled mightily from the field as he made only five of his 16 attempts.

San Miguel is playing without the services of reigning MVP Junemar Fajardo, who is still recovering from a major knee injury he suffered last February.