NBA All-Time Stats: List of the 7-Footers who scored the most career three-pointers

Today’s big men are now asked to expand their offensive arsenal to the three-point line. In line with that, here’s the list of the NBA 7-footers who scored the most three-pointers in their respective careers. 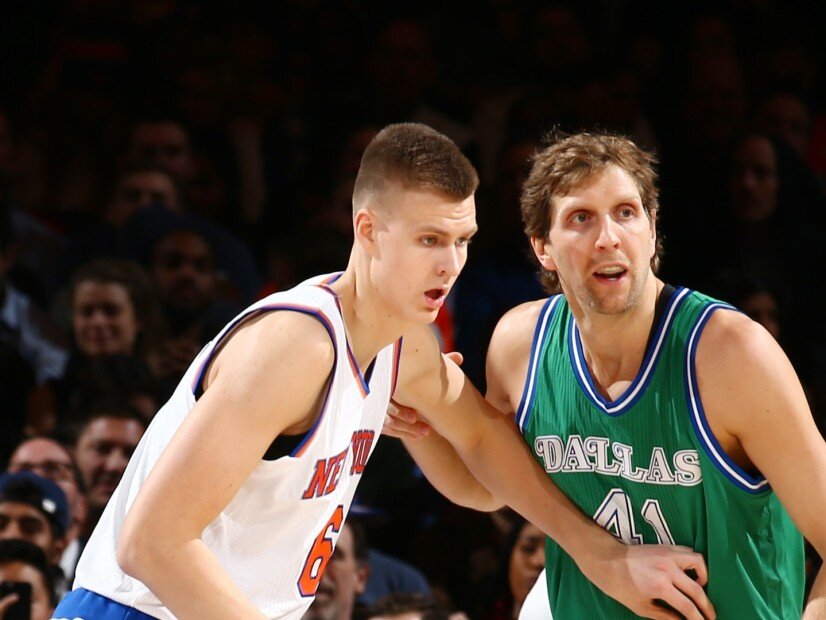 Dirk Nowitzki and Kristaps Porzingis are two of the best shooting big men that the NBA has seen. (Photo via The Source)

It seems not too long ago that coaches frown upon a center who has the tendency to launch deep triples at the top of the key. Nowadays, if you’re an NBA big man who has at least an above-average long-range marksmanship skill, you’ll definitely last long in the league.

Having said that, let’s look at the list of the sweet-shooting 7-footers who have hit the most career three-pointers in the history of the NBA.

There’s no doubt that Nowitzki is the best shooting big man that the league has ever seen. The former league MVP (2006) also brought home the Three-Point Shootout Contest trophy that same year, making him the first seven-footer ever to win the award.

Along with all the individual accolades and the 2011 NBA championship he won for the Dallas Mavericks, Nowitzki is also one of the seven players in league history who reached the 30,000-point plateau in their respective careers. 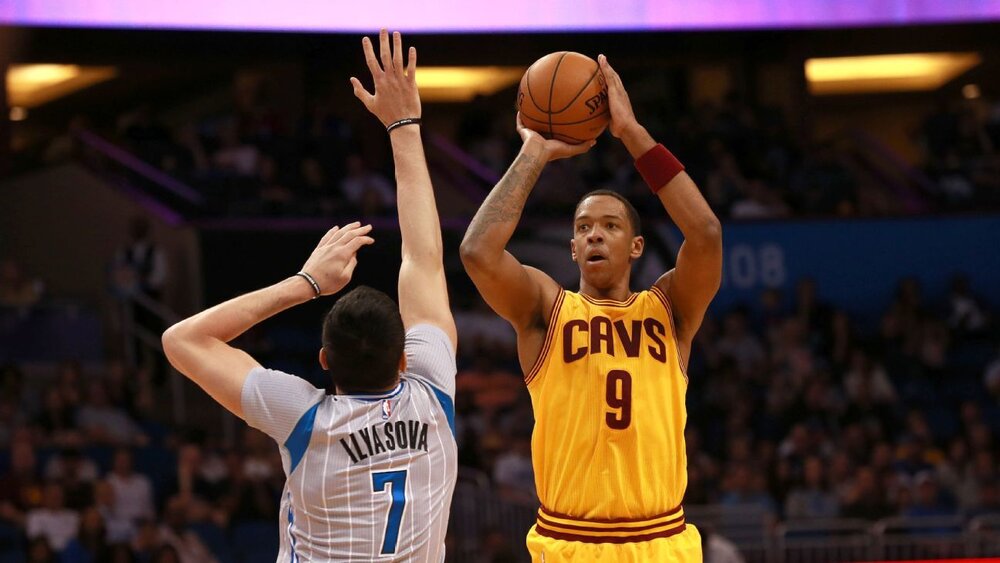 Frye, the 8th pick in the 2005 NBA Draft, won his first and only championship while suiting up for the LeBron James-led Cavaliers team in 2016. After a promising rookie season in which he averaged 12.3 points and 5.8 rebounds for the New York Knicks, Frye’s production dipped in the next few years but he served as a quality role player for every team he played for.

Interestingly, Frye only attempted 70 total three-point attempts in his first four years in the NBA. He then expanded his range in his first season with the Phoenix Suns in 2009 as he hit 172 triples in that year alone. 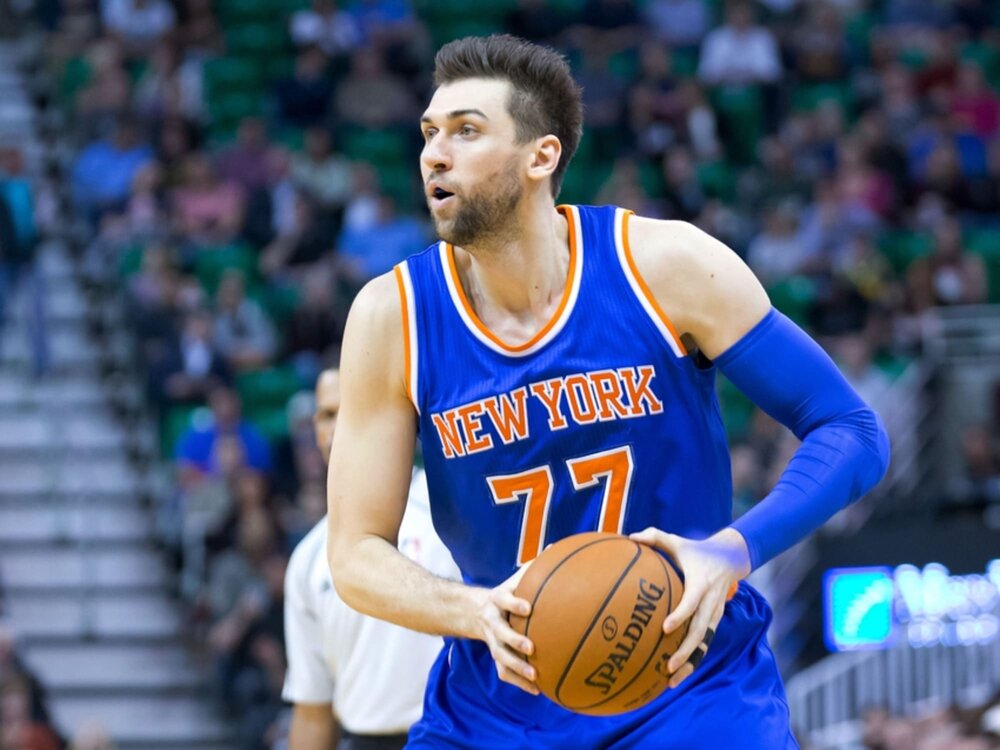 Andrea Bargnani last played in the NBA in 2016 when he suited up for the Brooklyn Nets. (Photo via FanSided)

Bargnani never lived up to the lofty expectations placed on a top overall draft pick. On the bright side, the Italian power forward was also able to put up a double-digit average in the scoring column in nine of the ten seasons he played in the NBA.

Bargnani’s best year came during the 2010-11 season when he tallied 21.4 points for the Toronto Raptors. He then donned the New York Knicks and the Brooklyn Nets threads before heading to the Euroleague to play for Baskonia in 2016. 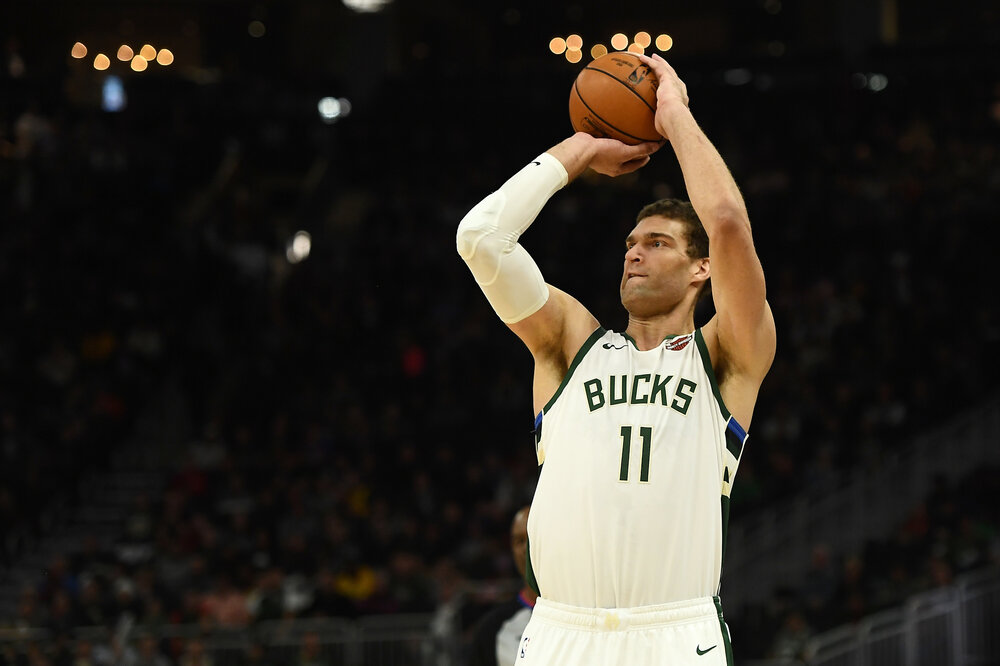 From his rookie year in 2008 to sixth season in 2014, Lopez only shot seven (!!!) three-point attempts. He always had a good-looking shooting form and a consistent mid-range jumper, but it was only during the 2016-17 season that Lopez fully embraced the three-point shot.

The 32-year old center is now playing for the Milwaukee Bucks, in which he gets most of his points from beyond the arc.

After an All-Star year in 2018, multiple major injuries have hampered Porzingis’ growth into a fully-fledged star in the NBA. An ACL injury forced him to sit out the entirety of the 2018-19 season, leading to his trade from the Knicks to the Dallas Mavericks.

The 7-foot-3 Latvian center is currently norming 20.7 points for the Mavs, but reports have it that the team is already gauging Porzingis’ value in the trade market. 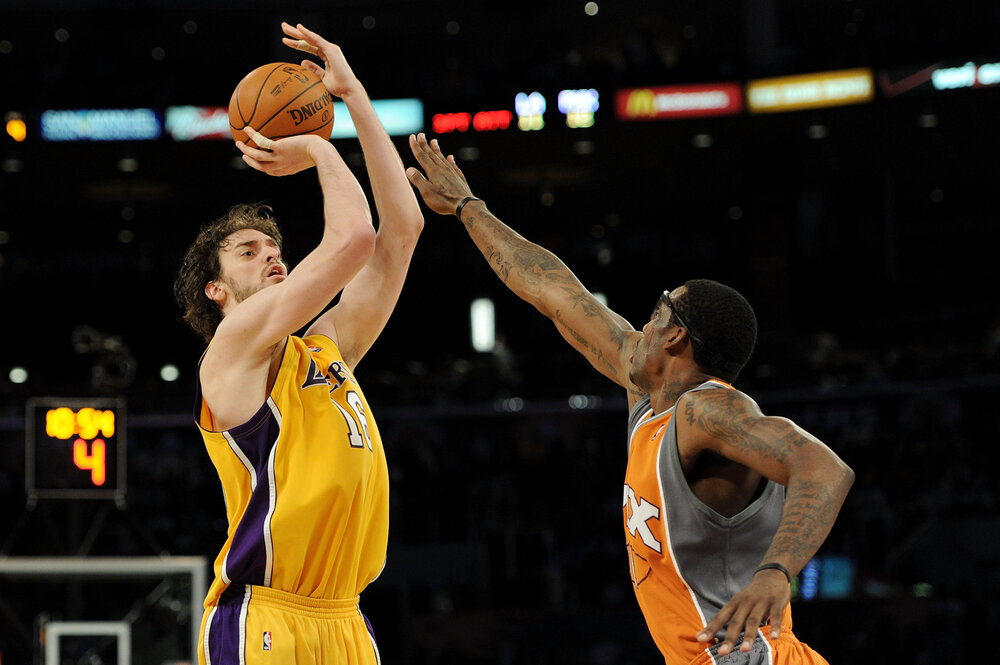 Pau Gasol is a two-time champion with the Los Angeles Lakers. (Photo via CBS Sports)