LeBron James and the Los Angeles Lakers will be hosting Damian Lillard and the Portland Trail Blazers in a rematch of their first-round playoffs series last year. 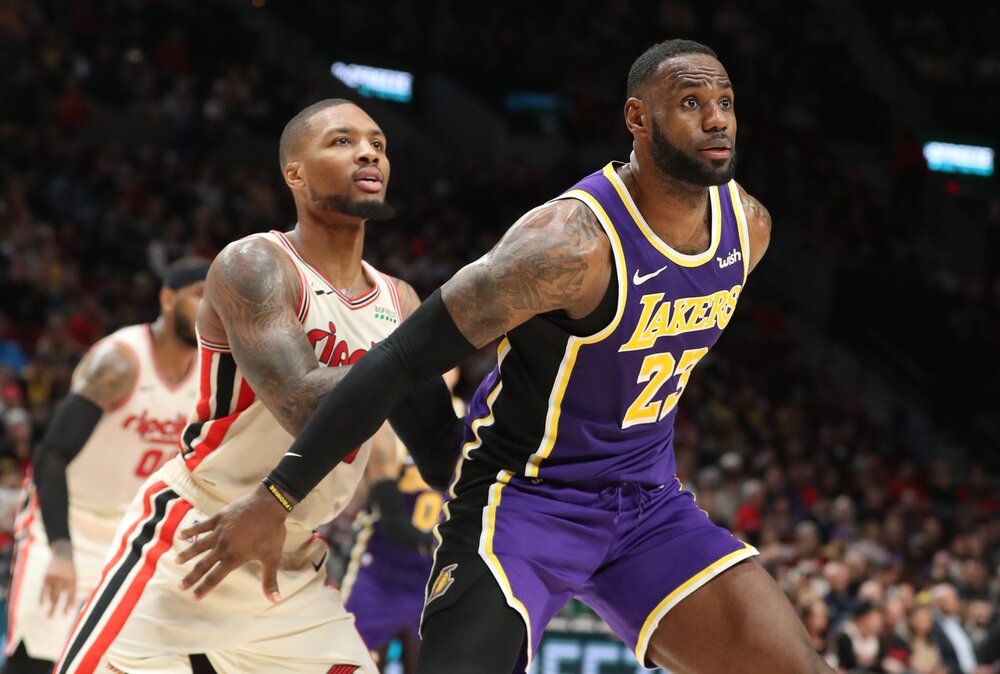 LeBron James and Damian Lillard will be going up against each other for the second time this season. (Photo via Essentially Sports)

In what should be one of the most highly-anticipated games of the 2020-21 NBA season, the Lakers and the Blazers will be going up against each other for the second time this year. The Blazers won their first contest via a 115-107 decider last December 28. Damian Lillard went off for 31 points, and Gary Trent Jr. drained seven triples on his way to a 28-point performance off the bench.

Even with Anthony Davis sitting out at least four weeks due to a calf injury, the Lakers will still come in as a favorite to win the game. Lillard is having another great season, but the Blazers are also missing their second and third stars, CJ McCollum and Jusuf Nurkic.

With injuries hounding both teams, it’s a tough call to make, especially for those into the betting game. During their first match-up, even the best NBA betting sites placed the Blazers as +6 favorites with McCollum coming off a scintillating 44-point performance the game prior. Interestingly, Davis was also dealing with a calf injury back then, and that could be the main reason why he only came up with 13 points in the Lakers loss.

The X-factor here could be the potential return of scoring point guard Dennis Schroder to the Lakers’ line-up, so bettors have to take note of this possibility.

Davis last played against the Denver Nuggets where he apparently sustained the calf injury that will keep him out of the Lakers’ active roster for at least a month. AD hasn’t been playing very well this season, but he is still putting up 22.5 points and 8.4 rebounds per contest.

It’s certainly a big blow for the defending champs, and there are reports saying that the Lakers are interested in bringing back four-time All-Star DeMarcus Cousins to the fold. If they could nab Cousins possibly in the buyout market, then it’s a whole new level of depth for the Lakers’ roster.

McCollum has missed the Blazers’ last 16 games. He is likely to sit out a couple more weeks but the Blazers organization assured everyone that the star shooting guard is progressing with his recovery from a mid-foot fracture. But even with the absence of McCollum, the Blazers are still sitting in thick of the hunt for a home court advantage in the first round of the playoffs.

Still, McCollum’s career-best numbers are definitely hard to make up for. The 29-year-old star is averaging 26.7 points, 5.0 assists, and 1.3 steals this season, all of which are his career-highs. McCollum is also shooting a very high 44% clip from the three-point line, and most of those triples were off the dribble. CJ is one of the under-the-radar MVP candidates this season, and his numbers will certainly back it up.

Prediction: Lakers edge out Blazers in a close-call win

With Davis out of the line-up, the Lakers are going through a rough patch in their schedule. They have lost three of their last four games, including a double-digit defeat at the hands of the Nuggets.

On the other hand, the Blazers are among the hottest teams in the league right now. Before their most recent loss to the Washington Wizards, the Blazers rode an impressive six-game winning streak that saw them beat the Philadelphia 76ers and the Dallas Mavericks.

But I don’t see the Lakers losing two consecutive games to the Blazers this season. Lakers scoring guard Dennis Schroder is currently sitting out to comply with the league’s health and safety protocols, which he will complete right before the Blazers game. The return of Schroder should be a solid boost for the Lakers’ offense, even with Davis still injured.

It will be a game that could go down the wire, but I see a fired-up Schroder coming out with guns ablaze and LeBron James tallying a triple-double stat line. The Lakers will win this one.