No superstar, no problem: Thibodeau is building a winning culture in New York

Head Coach Tom Thibodeau and the New York Knicks may not have a true superstar prior to the season, but they are building a winning culture by playing extra hard on both offense and defense. 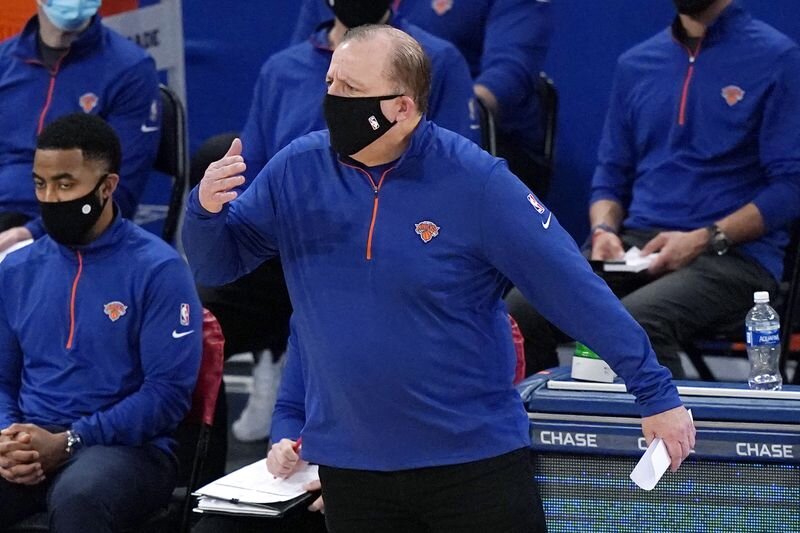 Thibodeau and the Knicks are sitting on the 8th spot in the East. (Photo by Kathy Willens/AP)

The Knicks are not the laughingstock of the league anymore. Even if they fail to book a playoff ticket this season, the way that they are playing hard on both ends of the floor is not a fluke. It’s the collective mindset of the players and coaches, and an indication of the direction that the team is headed on.

The Knicks are currently sporting an 8-9 record, good for the 8th spot in the East. Making the playoffs will still be very difficult for the Knicks, especially when the Miami Heat and the Toronto Raptors, who are currently 11th and 12th in the conference, wake up from their slumber and go all-in for a playoff push.

But that does not take away the fact that basketball is good again in New York, and that is because of these important factors:

The Thibodeau effect is in full display in New York. It’s not a coincidence that Thibodeau’s arrival is resulting in the Knicks playing extra hard on defense. They are currently 1st in the league in opponent points allowed per game (102.8), and 3rd in defensive rating (106.8).

Thibodeau is also doing a good job of distributing minutes to his players. He has been known for greatly exhausting his star players in the past, but that is not happening this season. Well, one reason for that is he doesn’t have true superstars in this Knicks team. Still, only two Knicks players (Julius Randle and RJ Barrett) are averaging at least 30 minutes per contest.

If the Knicks surprise all of us and they barge into the postseason, there’s no doubt that Thibodeau should be in the running for the Coach of the Year award. 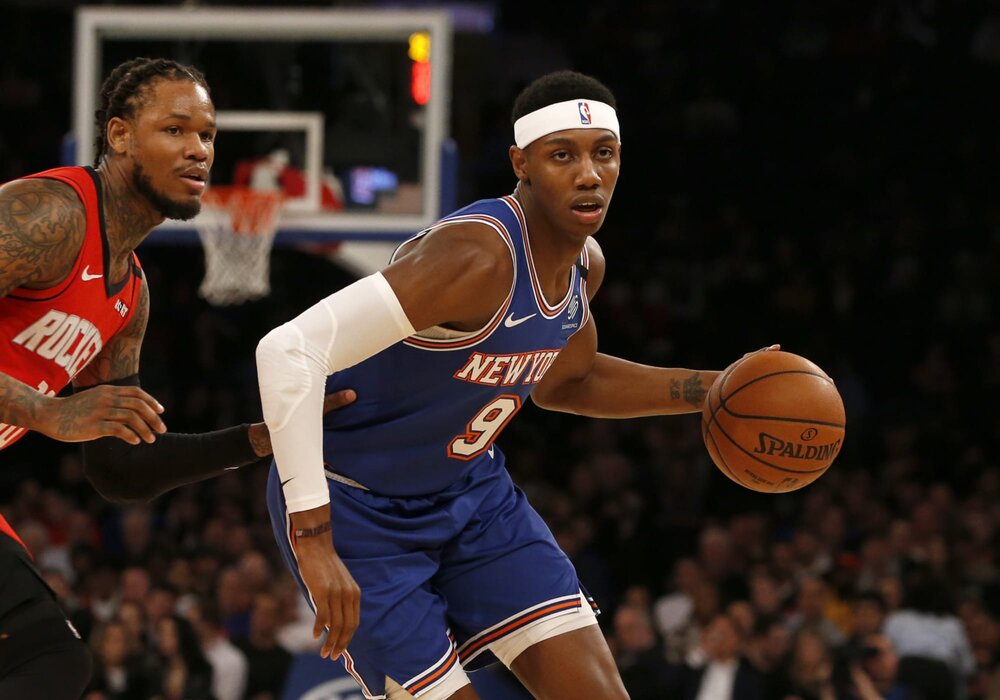 RJ Barrett is putting up 18.0 points and 7.2 rebounds for the Knicks this season. (Photo via FanSided)

Playing to their strengths

This is not a good offensive team, but at least they are not being held captive of today’s pace-and-space basketball. They know that they are not a good shooting team, which is why they have the least three-point attempts in the league. The Knicks are pounding it hard inside the paint, and it’s a relief that they are playing to their current strengths.

It will definitely take a while before this Knicks squad will excel on offense. They have lost games primarily because they weren’t able to make shots. The good thing is that their effort on the defensive end is already there, and that’s something that they are taking a lot of pride on.

Can Randle sustain this high level of performance?

Despite his below-average shooting percentages, Barrett is showing us why he was a top prospect in last year’s draft. Kevin Knox is having an efficient shooting clip to start the season. Rookie point guard Immanuel Quickley has been a revelation. Alec Burks has been a reliable scorer for the most part.

But it is Randle’s All-Star worthy impact on the game that has been the biggest driving force for the Knicks. We all know prior to the season that he can put up the numbers. But he is doing it on all fronts this year, norming an all-around stat line of 22.6 points, 11.6 rebounds, and 6.2 assists per contest.

Thibodeau didn’t have a bona fide star going into this new season. But after the Knicks finish this campaign, Randle could emerge as the team’s cornerstone for the years to come.