Pogoy guns down Alaska in first game of PBA restart

The TNT Tropang Giga rode the hot hands of RR Pogoy as they beat the Alaska Aces, 100-95, in the first game of the PBA restart at the Angeles University Foundation Gym on Sunday. 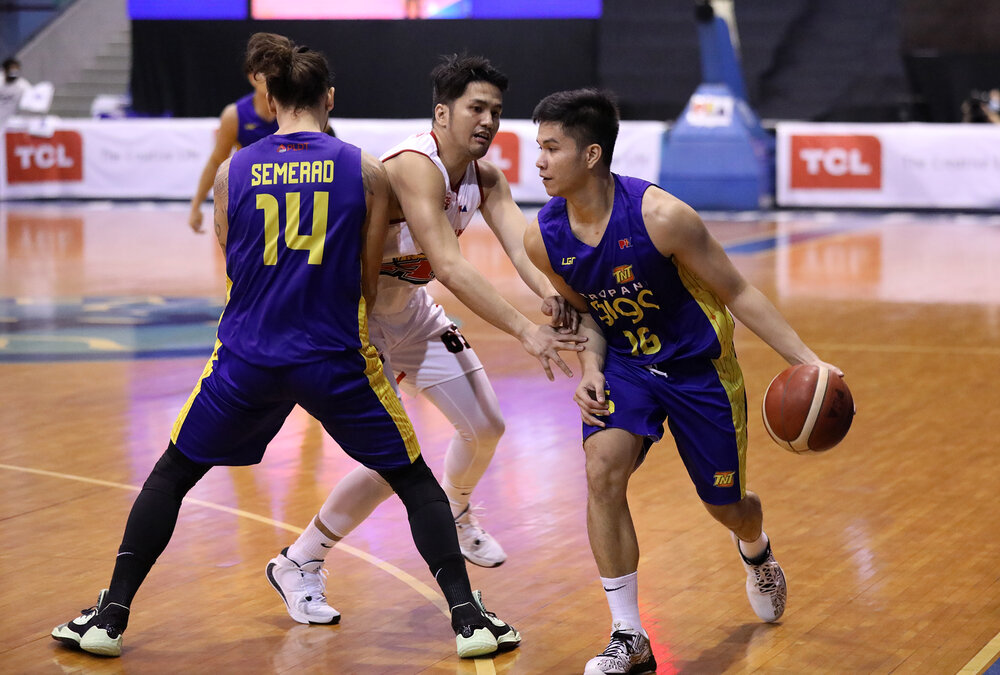 Pogoy erupted for 45 points in TNT’s win over Alaska. (Photo via PBA)

Pogoy didn’t look like he took a break during the league’s seven month hiatus due to COVID-19 pandemic, as he dropped 45 huge points to go with his eight rebounds.

The Tropang Giga guard shot the lights out as he drained 10 three pointers, tying his career high in three point field goals made. He first recorded the feat last season against Ginebra. Pogoy was also the first player to do the feat multiple times since Allan Caidic.

Despite, Pogoy’s explosion, the game remained in a nip and tuck affair with both teams still tied 94-all with 2:54 left in the game. Jayson Castro, however, took over from that point as he unloaded six of the Tropang Giga’s next eight points to give TNT a 100-95 cushion with only 14 seconds left in the game.

The Tropang Giga bucked a slow start as they overcame a 15-30 deficit at the end of the opening frame. Pogoy then caught fire and turned the table in the second quarter as he spearheaded the TNT onslaught to tie the game at the half, 48-apiece.

Alaska tried to weather the storm with Tratter and Manuel doing the work. They still came out on top after three quarters, 72-71. Castro, who provided the killer blows down the stretch finished with 28 points, showing off TNT’s potent 1-2 punch with Pogoy.

It was a brilliant showing from TNT’s backcourt stars, especially with their big men becoming a non-factor. Poy Erram only played 16 minutes before being thrown out after incurring his second technical foul in the third quarter. Troy Rosario, who tallied 9 points, fouled out of the game.