Even without All-Star point guard Kyle Lowry, the Toronto Raptors defeated Joel Embiid and the Philadelphia 76ers for their fourth consecutive victory. 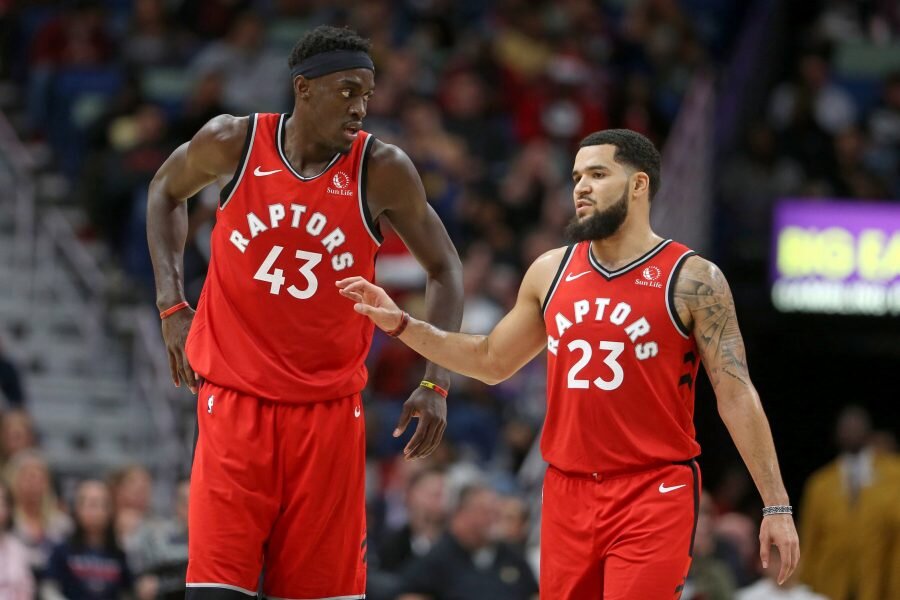 Pascal Siakam and Fred VanVleet combined for 46 points in the Raptors’ win over the 76ers. (Photo via Hoops Rumors)

No Kyle Lowry, no problem. The Toronto Raptors missed the services of their injured All-Star for the third straight game, but it didn’t stop them from hacking out a character-defining 110-103 win over the Eastern Conference leaders Philadelphia 76ers. Young stars Pascal Siakam and Fred VanVleet both put in 23 points apiece as the Raptors won their fourth consecutive game.

The Sixers led by three points entering the second half, but the Raptors put up a gallant defensive stand in the fourth quarter. They held the Sixers to only 19 total points in the payoff period, and they were able to convert their defensive stops to timely buckets in the waning minutes of the game through plays like this.

Ben Simmons led the charge for Philly with his 28 points, 9 rebounds, and 5 assists, while Joel Embiid came through with a double-double performance of 25 points and 17 boards.

Raptors’ young big man Chris Boucher had another tremendous outing off the bench as he chipped in 17 points and 3 blocks, including this massive swat on an Embiid attempt inside the paint.

Lowry missed his third straight assignment due to a thumb injury. But the Raptors are thriving in his absence as they managed to pull off a victory over reigning back-to-back MVP Giannis Antetokounmpo and the Milwaukee Bucks, then followed it up with a double-digit win against the Minnesota Timberwolves. The Raptors, who struggled early into the season, are now sporting a 16-15 record in the East.