Cleveland Cavaliers’ scoring guard Collin Sexton’s career night to turn back the Brooklyn Nets’ Big 3 was enough to land at the top of last night’s best individual performances around the NBA. 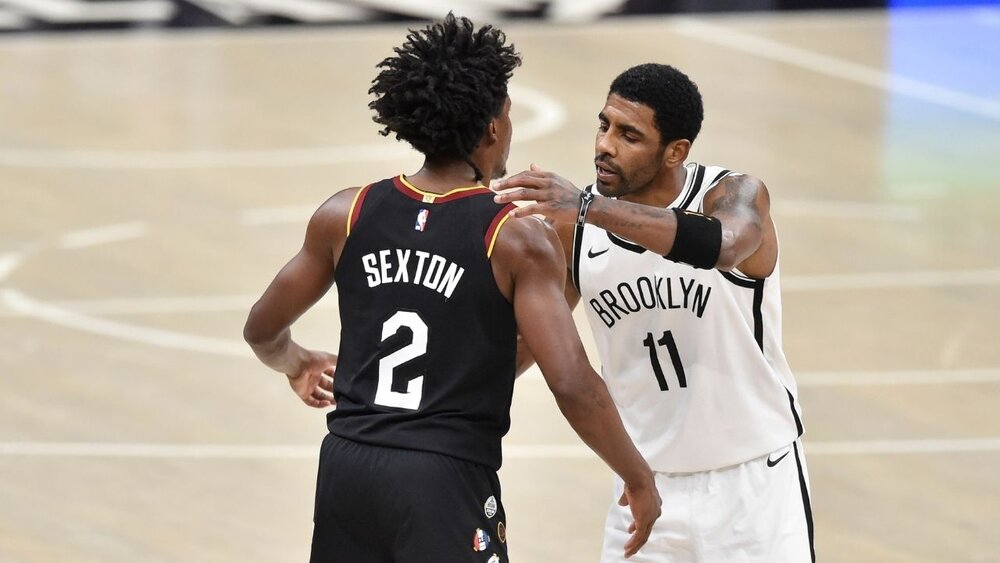 Collin Sexton outdueled Kyrie Irving in the Cavs’ win over the Nets. (Photo via The Sports Rush)

If you still haven’t heard of Sexton’s name, then you haven’t watched an NBA game in the past couple of weeks. Collin Sexton continues to impress this season as he single-handedly carried the Cavaliers to a double overtime victory over the returning Kyrie Irving and the Brooklyn Nets. Sexton finished with 42 points, 5 rebounds, and 5 assists, including a scoring barrage in the two extension periods that willed the Cavaliers to their 7th win of the season.

Let me just remind you that this is not just a fluke of a performance for Sexton. The third-year guard is currently norming 25.1 points per contest, including a stellar 52% clip from the three-point line. The Cavaliers are sitting on the sixth spot in the East, and they have the brilliance of Sexton to thank for that.

It wasn’t just Sexton who came up with a career-best outing last night. Hawks center Clint Capela also joined the fun as he amassed a massive stat line of 27 points, 26 rebounds, and 5 blocks in the team’s overtime win over the Detroit Pistons. Capela didn’t even have a single turnover the whole game, and his dominance on both offense and defense gave enough lift for the Hawks to come back from a double-digit deficit.

After struggling to get into his groove early into the new season, Capela has now eclipsed the 20-point mark in the scoring column in the past three games. He will be playing big minutes every game, and staying healthy will be of utmost priority for the rim protector.

Who says that it is not a big-man league anymore? Along with Capela, another center in Deandre Ayton also showed out last night. Ayton led the charge in the Suns’ win over the new-look Houston Rockets as he finished with 26 points, 17 rebounds, and 5 blocks. The young budding star only missed four of his 15 attempts and was a perfect 4-4 from the free-throw line.

With Chris Paul and Devin Booker starring in the backcourt duties, the Suns will be relying heavily on Ayton to man the paint. However, Ayton might have to be more aggressive in looking for his offense, especially with the fact that he is only attempting 10 shots per game this season.

In the Warriors’ resounding win over the San Antonio Spurs, Curry led his team in points, rebounds, and assists. That’s not bad of a performance for the 32-year old three-time champ. Curry tallied 26 points, 11 boards, and 7 assists in the win, including four hits from three-point territory and this beautiful pull-up over Patty Mills.

The Warriors have now climbed to an 8-6 record in the West, and have won their previous two assignments, including a morale-boosting victory over the Los Angeles Lakers.

Young logged in a whopping 44 minutes in the Hawks’ win, but he sure didn’t look tired out there. He finished with a double-double of 38 points and 10 assists, along with the dagger triple that he hit over the outstretched arms of Derrick Rose. Young was aggressive in getting to the paint all game long as he went to the charity stripe 19 times, while staying efficient with only two turnovers.