As the Golden State Warriors look to reclaim their top spot in the Western Conference next season, head coach Steve Kerr reveals that they need more size and athleticism in their roster. 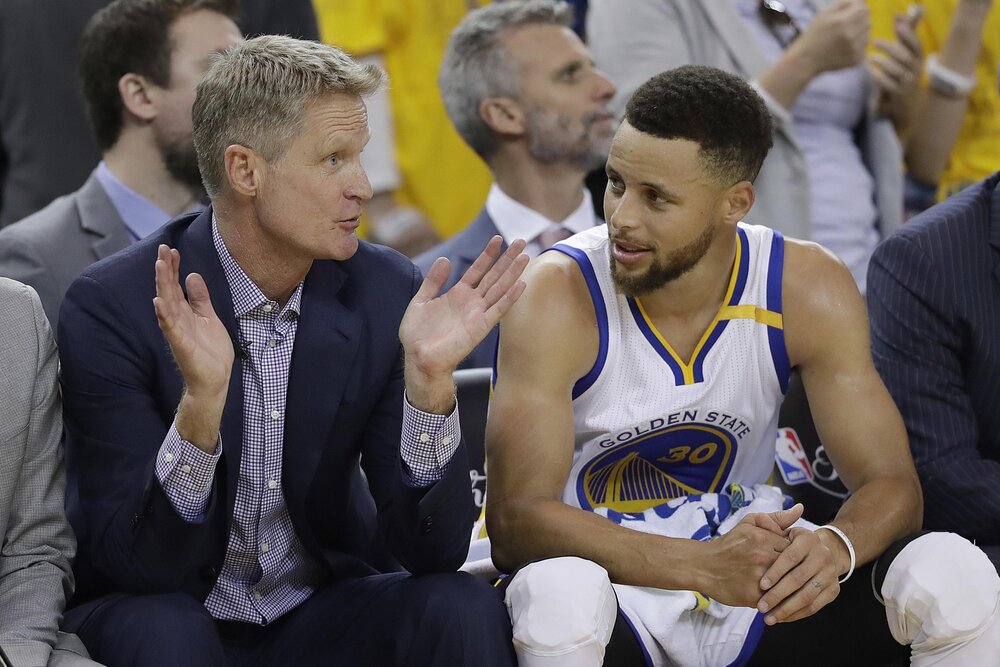 With the Warriors’ core of Steph Curry, Klay Thompson, and Draymond Green returning to full strength next season, Bay Area fans will again see their favorite team gun for another championship trophy. They also have a couple of intriguing young assets in their roster, namely Andrew Wiggins and the talented prospect that they will select with their second overall pick in the 2020 NBA Draft.

But Kerr admits that the current make-up of their roster will not get the job done for them. The three-time champion coach talked to Tim Kawakami of The Athletic, and emphasized that the Dubs need more heft and athleticism to support their star trio. (h/t Drew Shiller/NBC Sports)

Warriors coach Steve Kerr to @timkawakami: "Right now, we're not big enough or athletic enough to get to where we want to be. But we all know that. I think Bob (Myers) would be the first to tell you this roster is far from being finished."

As of now, the Warriors frontcourt is comprised of Draymond, Marquese Chriss, Kevon Looney and Eric Paschall. While it’s true that they are mobile big men perfect for a small-ball line-up, the Dubs would need more size and heft to match up with the league’s towering stars like Joel Embiid or Nikola Jokic.

Golden State could select 7-foot-1 center James Wiseman in the draft, an athletic big man who can definitely keep up with the team’s up-tempo pace. Wiseman is yet to develop a consistent long-range shot, but his rim-protecting prowess will help him to immediately contribute.

Kerr may also want more athleticism on the perimeter, particularly for defending bigger combo forwards like LeBron James or Kevin Durant. Wiggins might be the answer to that, but it’s still uncertain if he has grown in that facet of his game.