If you’re looking to cop a LeBron James signature pair from Nike, here’s a list of the top-performing shoes of the Los Angeles Lakers superstar. 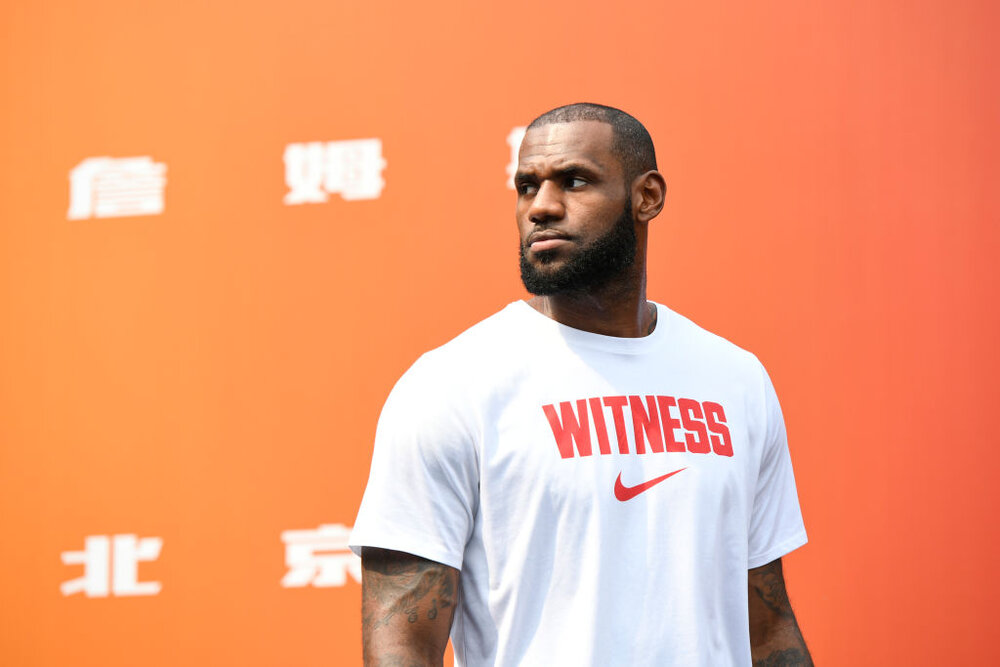 The 16-time All-Star signed a rare lifetime shoe deal with Nike worth US$1 billion in 2015. His 17-year relationship with Nike has granted “The King” with 18 pairs from his main signature shoe line, along with several budget shoe lines such as the Ambassador series, the Soldier series and the Witness series.

The four-time MVP’s off-the-chart basketball talent and strong charisma are the main reasons how Nike generate millions of dollars every year from James’ endorsement deal. Nike pays back with the excellent performance of LeBron’s pairs, ensuring that the brand can provide the 4-time Finals MVP the services that are fit for a king.

With that being said, here are some of the best-performing pairs from the Lakers superstar’s main and budget signature shoe lines. 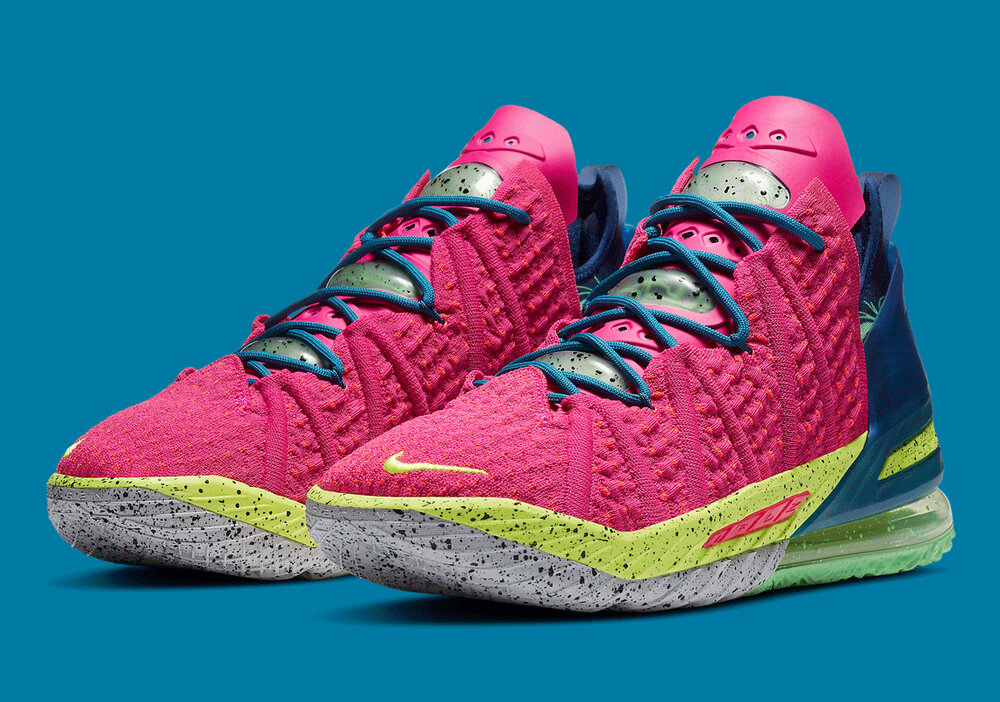 The Nike LeBron 18 is Nike’s latest release from the LeBron line. (Photo courtesy of Sneaker News)

Released just a few months ago, the Nike LeBron 18 has been highly applauded for its eye-catching aesthetics and top-of-the-line performance. Nike prioritized the pair’s cushion system with the integration of top cushion systems like the Nike Zoom and the Nike Zoom Air along with a full-length Zoom Strobel inside.

With the pair’s excellent overall performance along with the integration of state-of-the-art Nike techs, the LeBron 18 will surely go down as one of the top basketball shoes of 2020.

For the full review of the pair, click on the link here. 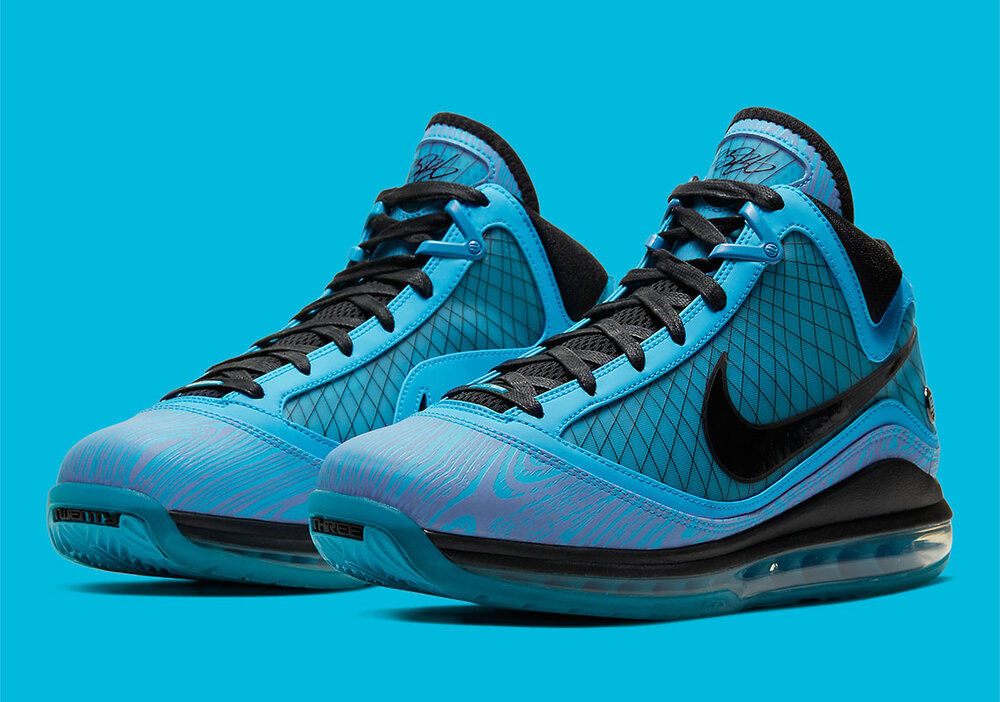 The Nike LeBron 7 was re-released this year. (Photo courtesy of Sneaker News)

First released back in 2009, the LeBron 7 featured a full-length air bubble Zoom technology for a topnotch cushion. The upper was infused with Flywire technology for durability and more lightweight experience. The LeBron 7 is once considered as the best pair from the Nike LeBron line.

As one of the most popular LeBron pairs, the Nike LeBron 7 was re-released this year and got its second debut during the 2020 All-Star Weekend. 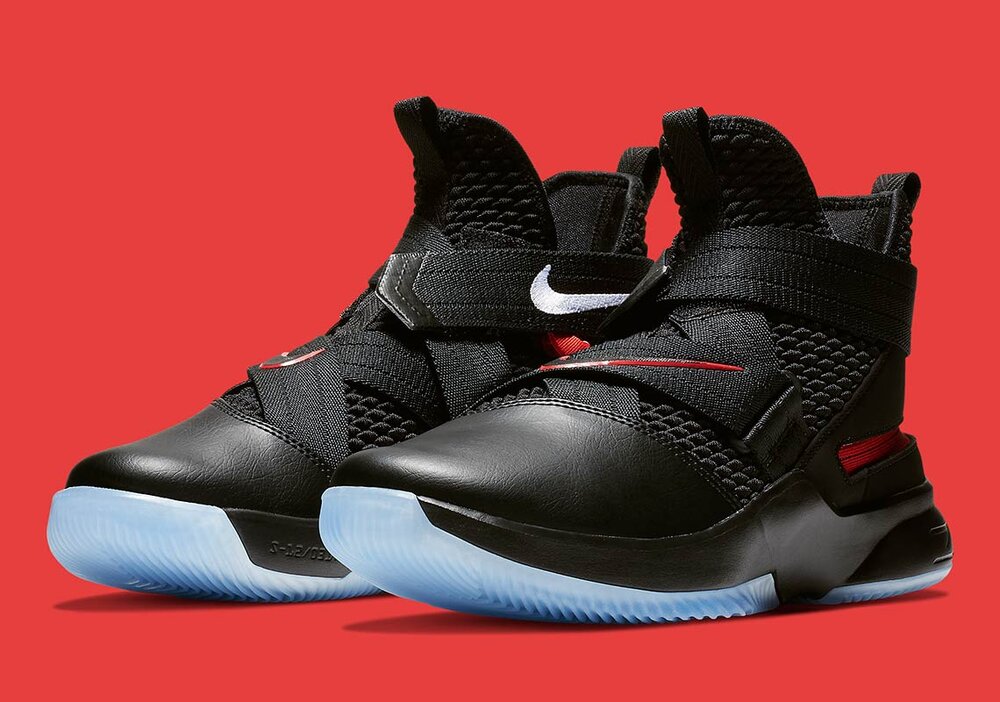 The Soldier line has one of the most consistent traction performances from the Nike LeBron line. Its aggressive and grippy outsoles are on par or maybe even better than some of those which are in the main shoe line. The traction of one of the Soldier lines was even infused on James’ latest main signature pair, the LeBron 18.

While the upper of the Nike Soldier 12 is a cheaper version of the Battleknit technology from the main line, Nike implemented different materials in the toe cap area. Depending on the colorway, the user will either get a suede, patent leather or canvas material.

Aside from its excellent cushion system which featured Zoom Air technology along the phylon midsoles, another attraction of the pair is the Velcro strap. Nike re-arranged the straps which made the pair look better compared to its predecessor.

However, even if these straps are supposed to provide better lockdown, some users struggled when using the pair as the straps detach while playing. Nonetheless, this does not really affect the whole performance of the pair due to its high comfort level cushion-wise and size-wise, along with its aggressive traction.

Retail Price at Nike stores: US$130 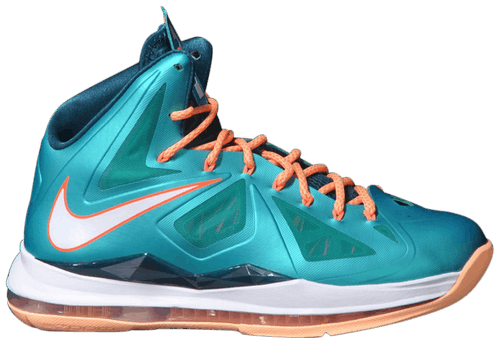 The Nike LeBron X made its on-court debut during the 2012 London Olympics, and was officially released to the public later that year.

The pair boasted its aggressive traction patterns which were good for shifting directions and sudden stops. Its multi-directional patterns on the durable rubber outsole provided good grip. Also the upper of the pair was infused with flexible yet durable Fuse materials.

The cushion did not compromise since just like the LeBron 7, this was also infused with a full-length Zoom Air and a lighter version of Phylon midsoles. The pair was also installed with TPU unit for better support and did not really hinder the pair’s comfort since it could not be felt. 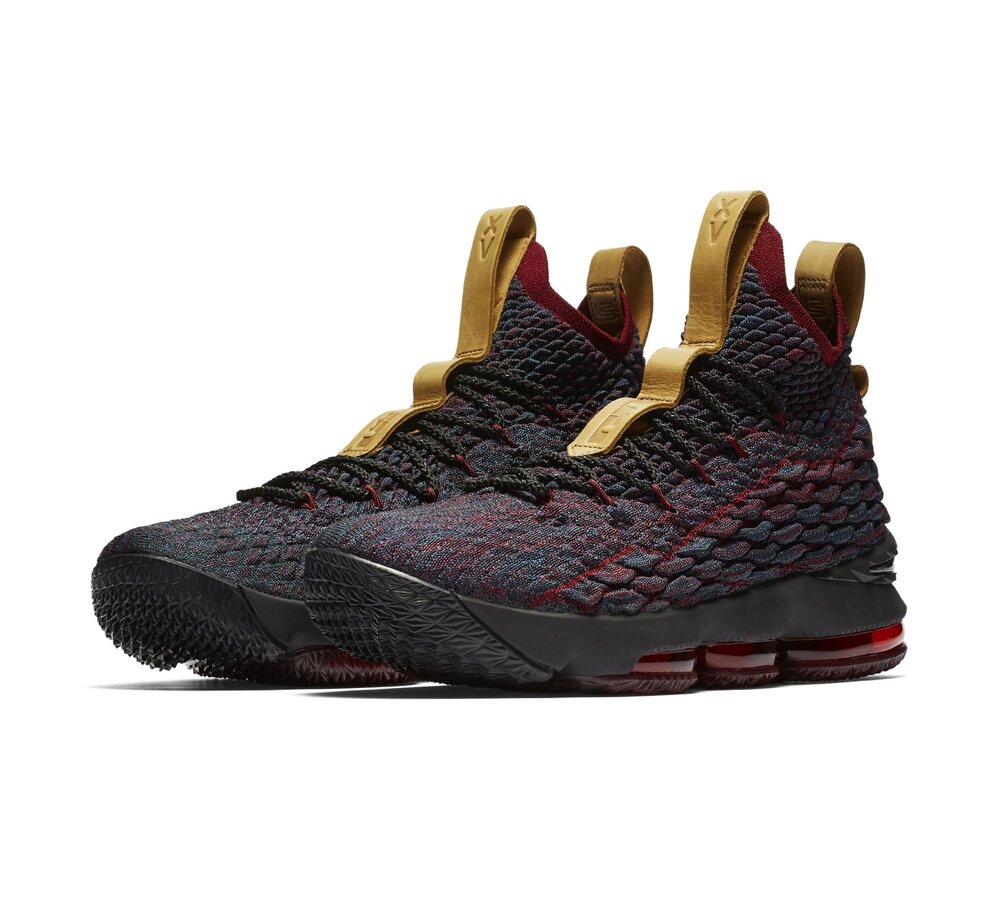 Released in 2017, the Nike LeBron 15 was considered as one of the best LeBron shoes performance-wise. Just like some of its predecessors, the pair was infused with Zoom Air tech for uncompromising cushion. Nike also integrated the pair’s cushion with Max Zoom for better impact protection.

Additionally, the upper was built with Battleknit, Nike’s own knit technology which serves more durability compared to common knit materials. The knit material became a trend due to its flexibility and better breathability and ventilation. 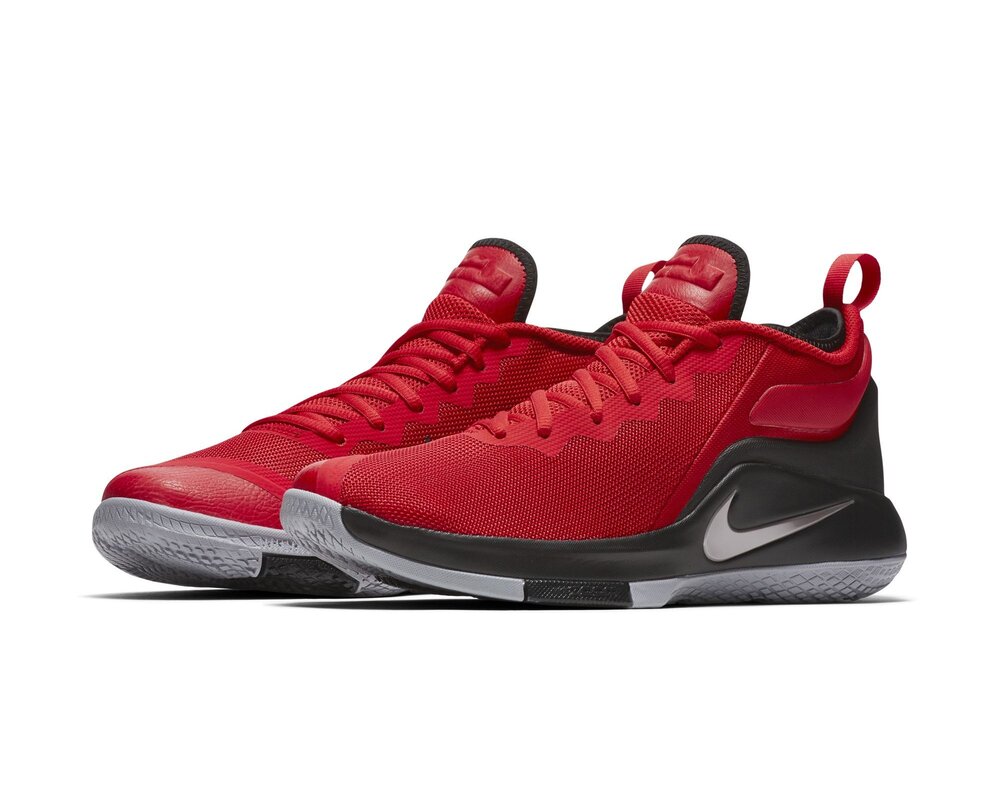 The Nike LeBron Witness II is one of the best midrange LeBron pairs. (Photo courtesy of Nike)

The main Nike LeBron series is known not only for its state-of-the-art techs and innovative materials, but also for its high price tag. Admit it or not, this shoe line is branded with the name of one of the greatest basketball players in history and Nike is making a great profit out of it.

Due to the fact that some of the signature pairs are way out of budget for some, the idea of budget shoe lines is very beneficial and advantageous for a lot of hoopers. While budget pairs are not actually infused with the same materials as the main line, there are still plenty of budget pairs which can still provide outstanding performance.

The Nike LeBron Witness series may be unheard for some and is very underrated. One notable LeBron pair from this line is the Nike LeBron Witness II. Aside from its cheap price, there are some good aspects that this pair can provide. First off, if you’re looking for a wider pair of basketball shoes, you’re in luck! LeBron has wider feet, so these shoes are specifically designed to give full mobility to wide-footed players.

The pair had a hex Zoom units in the forefoot for decent responsiveness and cushion, and it was also infused with Phylon midsoles which can also be seen in some of the pairs in the main line. The traction had diamond patterns that will at least keep the user covered with its decent aggressiveness and grip on clean courts.

The uppers were made of synthetic mesh textiles for lockdown and breathability and did not feature Fuse materials just like in the main line. But despite of this, the uppers still performed well and provided the ventilation needed.

The key here is that don’t expect too much. Budget pairs are not built to provide the same performance as the pairs from the main shoe line. Better materials will mean higher costs, so in order to build a more affordable pair, the materials are expected to be in lesser quality. However, this does not mean that budget pairs do not perform well. 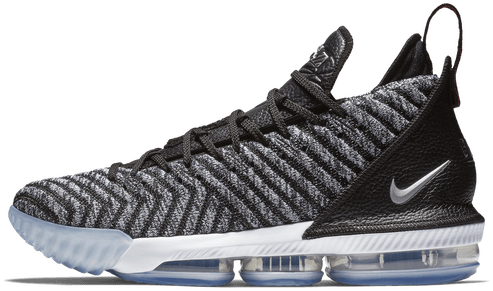 The Nike LeBron 16 used nubuck and Battleknit materials for its upper for added flexibility, lockdown and ventilation. The issues from LeBron 15’s upper materials were eliminated by this pair, most especially from the knit material.

The traction was very aggressive. Whether being played indoors or outdoors, or maybe in some dusty courts, the outsole still provided good grip, and was actually easier to maneuver compared to the previous LeBron pairs due to its lightness.

The LeBron 15 was known for its bounce and responsiveness. Those are some aspects that did not appear in the LeBron 16 and it was not a bad thing. The Nike LeBron 16 provided better lockdown protection from its cushion technology, and reaction time is quicker due to its lack of bounce.