The 2021 PBA Philippine Cup playoff battles continue as teams try to get the edge and capture the coveted championship trophy this conference.

But along with the declaration of war among this conference’s top contenders, a brewing rivalry is also rising as notable players continue to bring out the best sneakers from their luxurious shoe racks.

Let’s have a look at last week’s best sneakers and see who has gained the edge in the race to win this conference’s “Sneaker King” crown! 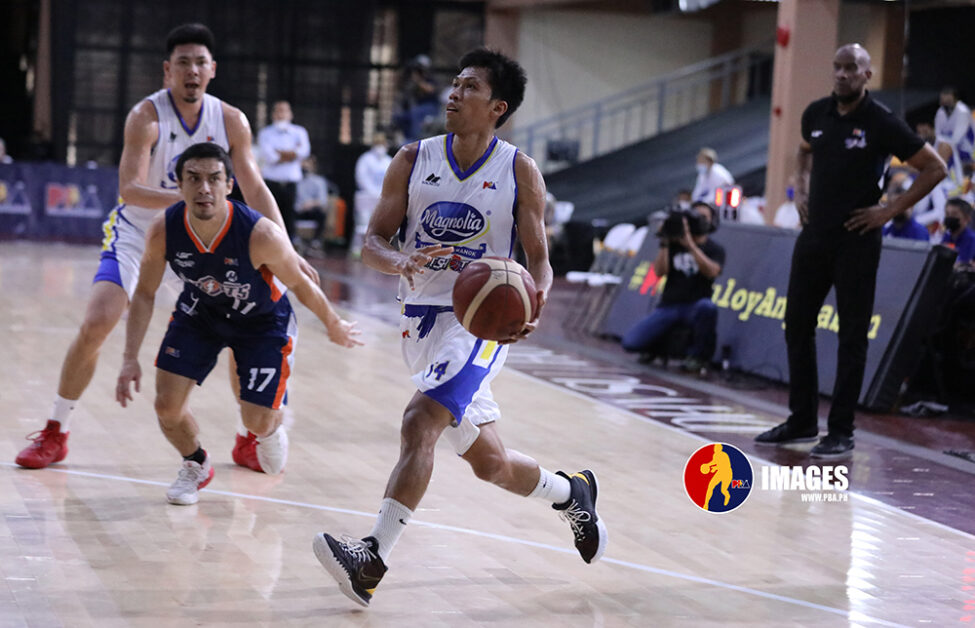 The Nike Kyrie line is known for its flamboyant colorways and unique collaborations, making it one of the top choices for both professional and amateur players. Performance aside, Kyrie Irving’s signature shoes are widely used thanks to their on-court looks.

With its unique and eye-catching style, it’s very easy to fall in love with the pair. Besides, in the NBA, Irving’s shoe line is just a spot below the late great Kobe Bryant’s shoe line in the list of the most number of players using their signature sneakers.

Therefore, there is no surprise that even Filipino professional ballers are rocking the shifty guard’s sneakers. However, this would be the first time that a Kyrie 7 cracks our list and the reason is very obvious — the pair is overshadowed by other more popular shoes.

Nonetheless, despite its lack of hype, we could not ignore the fact that the Kyrie 7, along with the other Kyries, has a lot of iconic and historical inspirations and collaborations.

On several occasions, Magnolia floor general Mark Barroca has laced up various colorways of the Kyrie 7. But it was during Game 1 of their best-of-seven semifinals series against the Meralco Bolts last Sunday that the Kyrie 7 stood out.

The former FEU stalwart brought out the “Rayguns” colorway of the Kyrie 7. The “Rayguns” is inspired by Roswell Rayguns, a fictional basketball team that was a part of a Nike three-ad campaign dated back in 2002.

The Roswell Rayguns ad featured some of the biggest names in the NBA like Vince Carter, Jerry Stackhouse, Jermaine O’Neal, Baron Davis, and Paul Pierce. 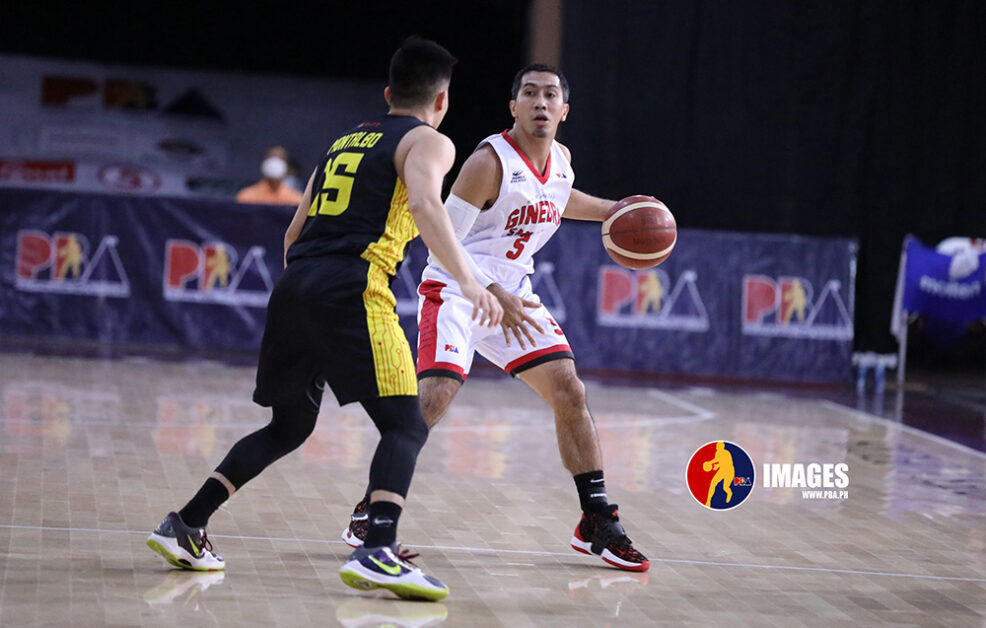 The Tropang Giga’s Mikey Williams might be a regular guest on our list, but there is no way that his teammates would not want to share the spotlight.

During TNT’s overwhelming victory against the defending champions Barangay Ginebra, Montalbo stepped on the court with some joints on his feet. The former Green Archer was seen donning a fresh pair of Zoom Kobe 5 Protro “Chaos”.

This silhouette got its inspiration from the legendary performance of Heath Ledger in his portrayal of the Joker in the 2008 movie, The Dark Knight, which earned him the Academy Award for Best Supporting Actor.

The late great Kobe Bryant was a notable fan of the movie, and he definitely loved Ledger’s portrayal of the Joker role. Being as obsessive as the Joker himself but just in a different light, Bryant, with of course an assist from Nike, originated the “Chaos” colorway.

The first Kobe 5 “Chaos” was released a year after the prominence of Ledger’s role as the Joker. Nike then remastered the DC Comics-inspired sneakers in 2019 before releasing them in limited quantities in January 2020. 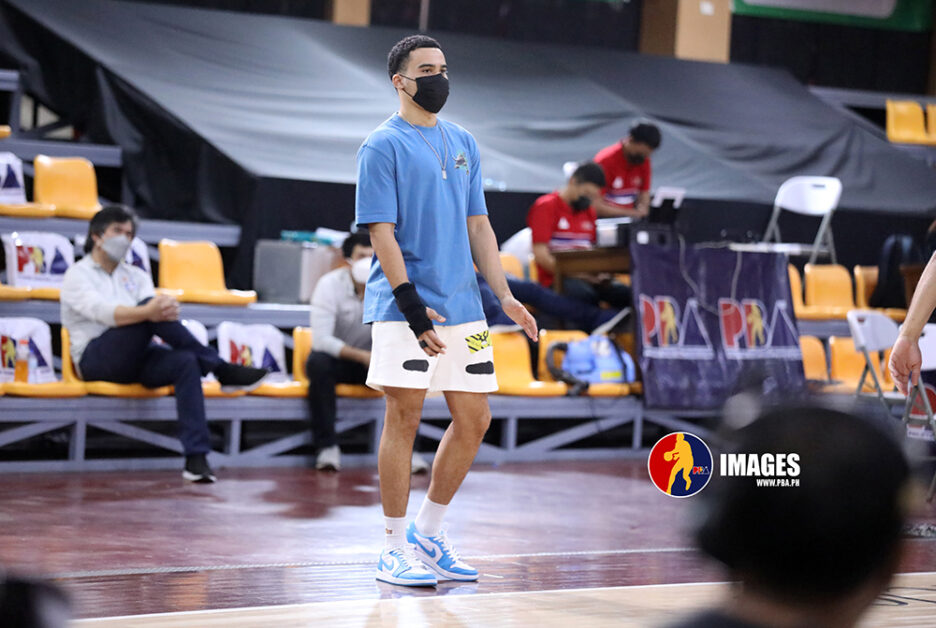 Meralco’s electrifying sophomore might not be playing due to a hand injury he sustained against Terrafirma. While the combo guard’s return on the hardcourt has no definite timetable yet, there is nothing to stop the former Blue Eagle from dropping some serious drip from the sidelines.

Avid skateboarding fans and Nike SB enthusiasts would probably know who Koston is. He is an American professional skateboarder and the co-owner of Fourthstar Clothing and the skatepark and website, “The Berrics”.

Being one of the icons sponsored by Nike, Koston is also known for his several Nike SB sneakers. The dopest Eric Koston sneaker so far is the Eric Koston x Air Jordan 1 Low SB “Powder Blue”, which was released in August 2019.

The pair may have similarities with some of the silhouettes from the Air Jordan sneakers and that is because this Jordan 1 Low SB pair is inspired by a silhouette that Koston missed during his childhood days. 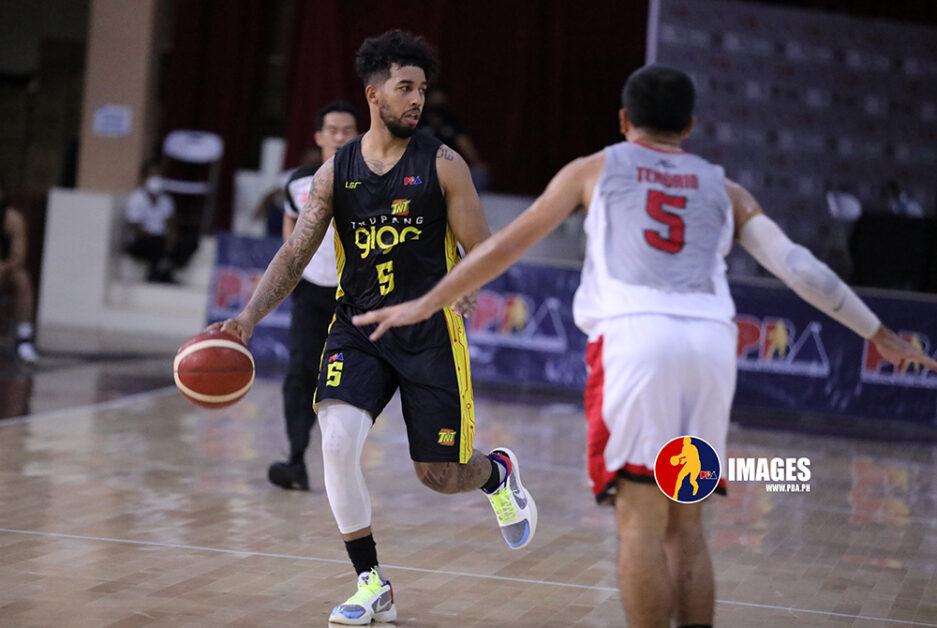 Tropang Giga’s super rookie has been steady all conference long. Williams has been consistently roaring through the Best Player of the Conference race and is a solid frontrunner to receive the Rookie of the Year plum.

However, the 6-foot-2 rookie’s stellar display is not only limited to his dazzling plays and electrifying moves. Williams has also been a solid contender for the “Sneaker King” crown throughout the conference.

The former NBA D-League draftee regularly laces up hyped Kobe sneakers that landed him consistently in our weekly lists. These Kobe pairs are so drip that they could literally make multiple appearances on our weekly rankings, and that is without any exaggeration.

Williams laced up this iteration of the Kobe 5 Protro when the Tropang Giga dominated and dethroned Ginebra last Wednesday.

This silhouette was designed as a Player Exclusive pair for the now-Miami Heat defensive specialist PJ Tucker. But along with his defensive prowess and corner three-pointers, Tucker is also famous for his multi-million dollar worth of sneaker collections which gave him the moniker “Sneaker King”.

Does Williams make a statement that he could be crowned as PBA’s version of the “Sneaker King” or is it just a mere coincidence?

Nonetheless, along with other Kobe pairs that the super rookie laced up, this pair also comes with a hefty price. The Kobe 5 Protro “PJ Tucker PE” currently sits at around PhP 30,000. 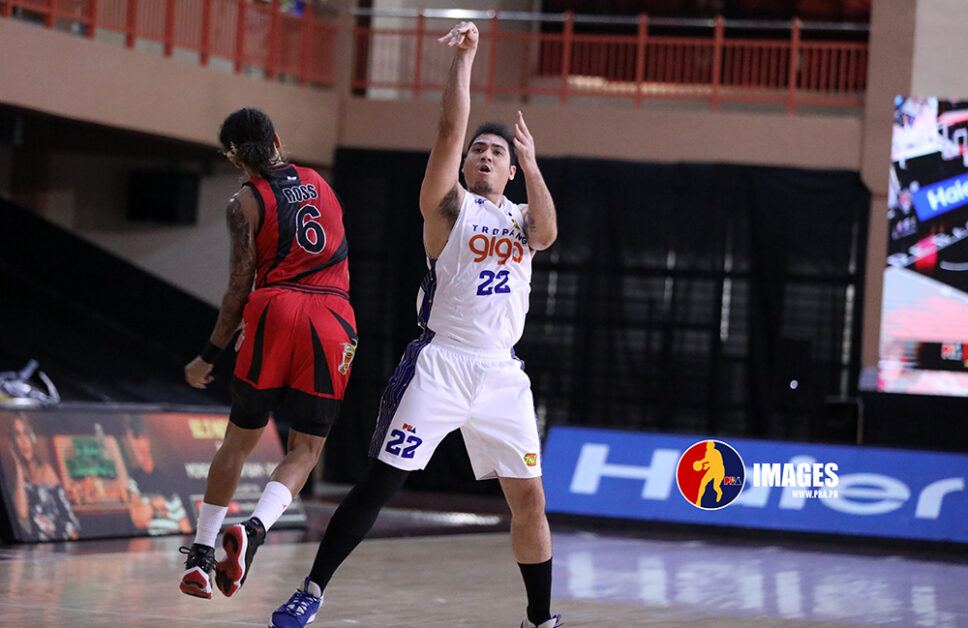 Speaking of contenders, San Miguel’s Chris Ross is another steady frontrunner for the “Sneaker King” crown. The athletic guard might not be lacing up flamboyant silhouettes, but he has the most iconic artillery among our lists.

The 36-year-old guard is known for donning retro Air Jordans. Throughout his appearances on our weekly rankings, Ross has been witnessed playing with Jordans on his feet. There were also instances that he appeared twice on the list, which solidifies his case as PBA’s “Sneaker King”.

However, if there could be a worthy rival for Ross, it is obviously Williams. Coincidentally, in San Miguel’s quest back to the promised land, they are fated to have a battle against Williams and the streaking Tropang Giga in the semifinals.

The showdown between the two behemoths began with the Tropang Giga drawing the first blood. The series could determine this conference’s legitimate title favorite. Moreover, the results could sway the tides of who would be crowned as the “Sneaker King”.

In the crucial defeat last Sunday, Ross brought out some big guns. The pesky guard laced up the iconic Air Jordan 11 “Bred”, which was released in 2019. Even though the pair was not the OG release, it certainly shares the same memory as the one debuted in 1995.

The OG Bred Air Jordan 11 was a memento of Michael Jordan’s quest for his second three-peat with the Chicago Bulls after ending the championship series against the Seattle Supersonics in six games.

It was exactly two years and 8 months after Jordan made an announcement about his first retirement from the NBA and the same season when the Bulls got the 72-10 record.