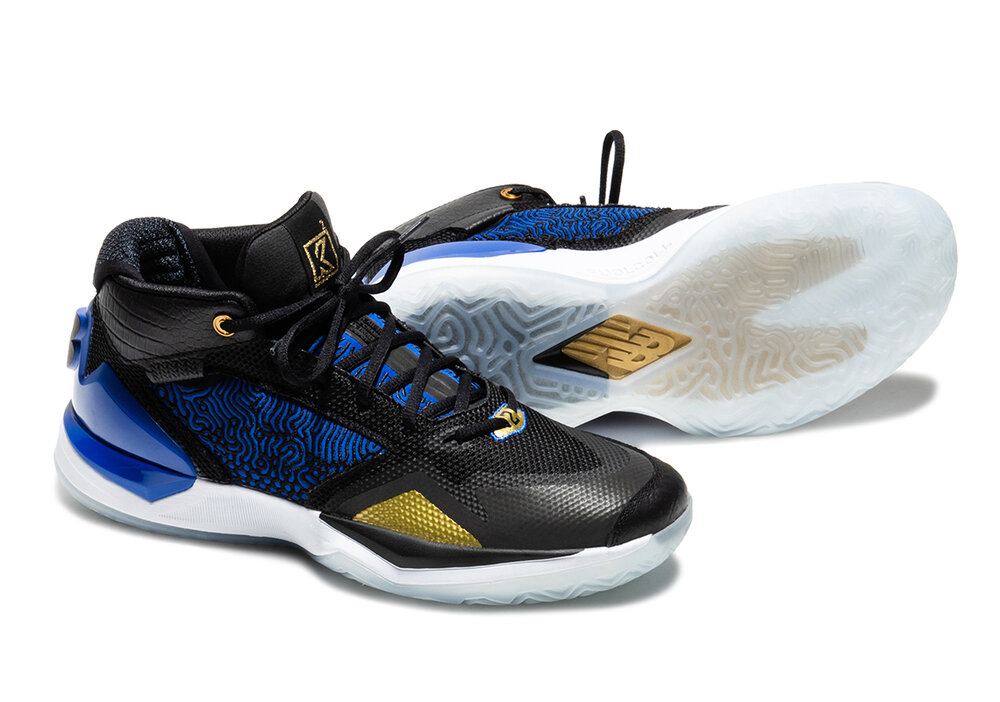 New Balance made a huge leap in the shoe competition when the American brand signed two-time champion and two-time finals MVP, Kawhi Leonard, in 2018. The former Defensive Player of the Year reportedly turned down a four-year, US$22 Million deal with Jordan, and later signed a multi-year deal with New Balance that is reportedly worth US$5 Million annually.

New Balance reportedly failed to land the likes of Joel Embiid (Under Armour), Gordon Hayward (Anta), and Kelly Oubre (Converse), but was able to ink the potential face of the brand in Kawhi,

Kawhi’s first signature pair, the New Balance Kawhi 4 Bounces, is inspired by his game-winning shot in Game 7 of the 2019 Eastern Conference Semis against Embiid and the Philadelphia 76ers, when the eventual finals MVP wore the same color scheme of New Balance Omn1s. The name “4 Bounces” represents the number of bounces the ball hit the rim before sinking in. Almost every detail of the shoe has drawn inspirations from the life and career of the four-time All-star, with the Klaw even deciding on the other designs.

The earth cracks-like patterns on the side medial portion of the pair nods to the day he signed a three-year US$103 Million with the Los Angeles Clippers, when a 6.4 magnitude earthquake hit South California. The top of the tongue has an imprinted boxed Leonard logo which will only be exclusive for this colorway while the lower part has a list of his accolades, with his jersey number in the forefoot.

The Achilles portions has his signature, while the back portion of the outsole has his hometown imprinted. In addition to these, the pair also has linings and eyelets that nod to one of the former San Diego State standout’s favorite vehicles, the 64 Impala. It then finishes with a tiny detail on the side that represents his cornrow hairstyle.

This new pair brings a lot of excitement and new flavors for basketball and sneaker fans from its unique designs up to its new features. So without further ado, here is the performance review of the New Balance Kawhi 4 Bounces. 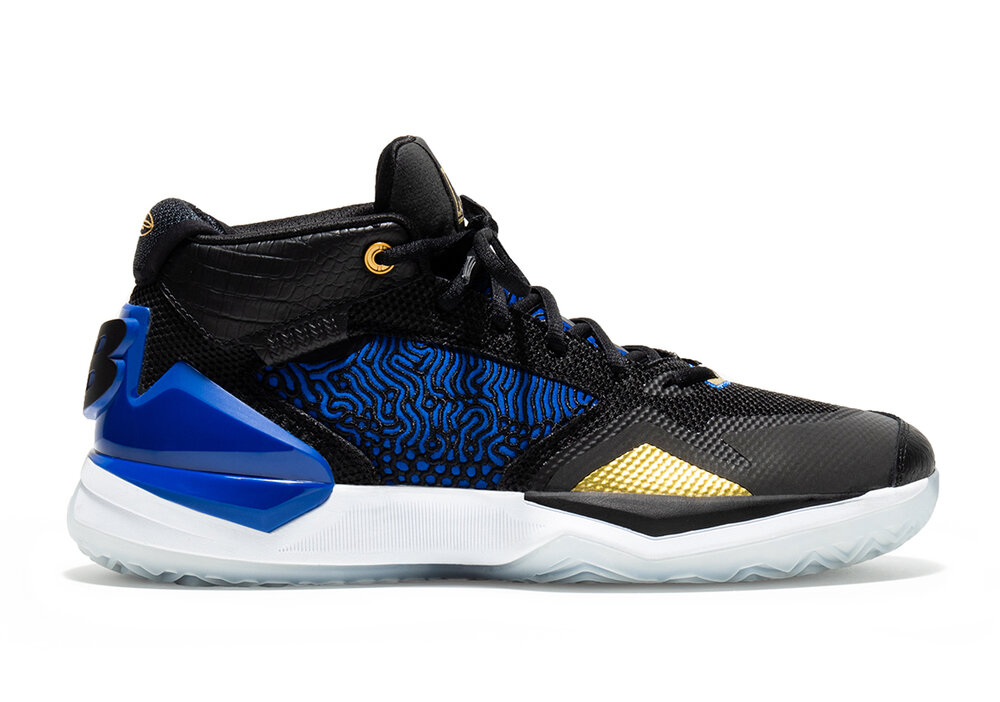 Details on Kawhi’s first signature pair are inspired by his life and career. (Photo courtesy of Sneaker News)

The New Balance Kawhi 4 Bounces features basic textile uppers unlike the fit weave of the Omn1s, which will give firmness and stability on the foot. Though fit weave material might give better ventilation and airflow, New Balance might have prioritized stability and aesthetics by using this material and since variations in functions and purposes must be highly considered. The pair is actually built as a whole, with only the upper part of the tongue being a movable portion. Other portions were just detailed, glued, and stitched with black overlays.

The upper fuse layer boasts a unique gold reflective material in the toe part for additional durability and aesthetics. The pair finishes with leather material as overlays and in ankle collars with reptile-like patterns. The leather is not premium, not just everybody was hoping for, but it is a genuine-type leather material so it will still last long. 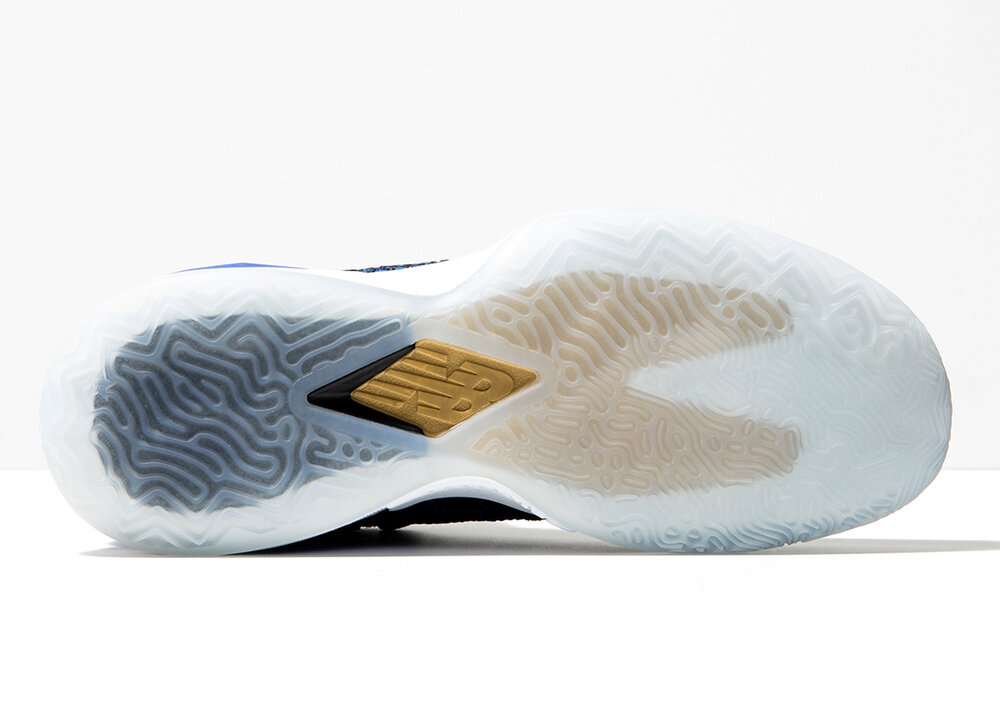 The traction pattern is created by a computer program called Reaction-diffusion. (Photo courtesy of Sneaker News)

The traction pattern is created using a computer program called Reaction-diffusion. This program maps out the best areas where to put in lines and patterns to enhance the traction’s performance and maximize its potential. The outsole was built with translucent material, which is Leonard’s personal favorite. The pattern, however, is somehow similar with what Adidas and Peak used before.

Since New Balance used modern technology to map out the traction patterns of this shoe, it is highly-expected that it will perform well. The spaces on the pattern allow dusts to flow freely, and not accumulate, and a simple wipe will regain the traction’s grip. The translucent outsole rubber compound is also known for being firm. While it is expected not to last long when played in black tops, it will do pretty good when used indoors. 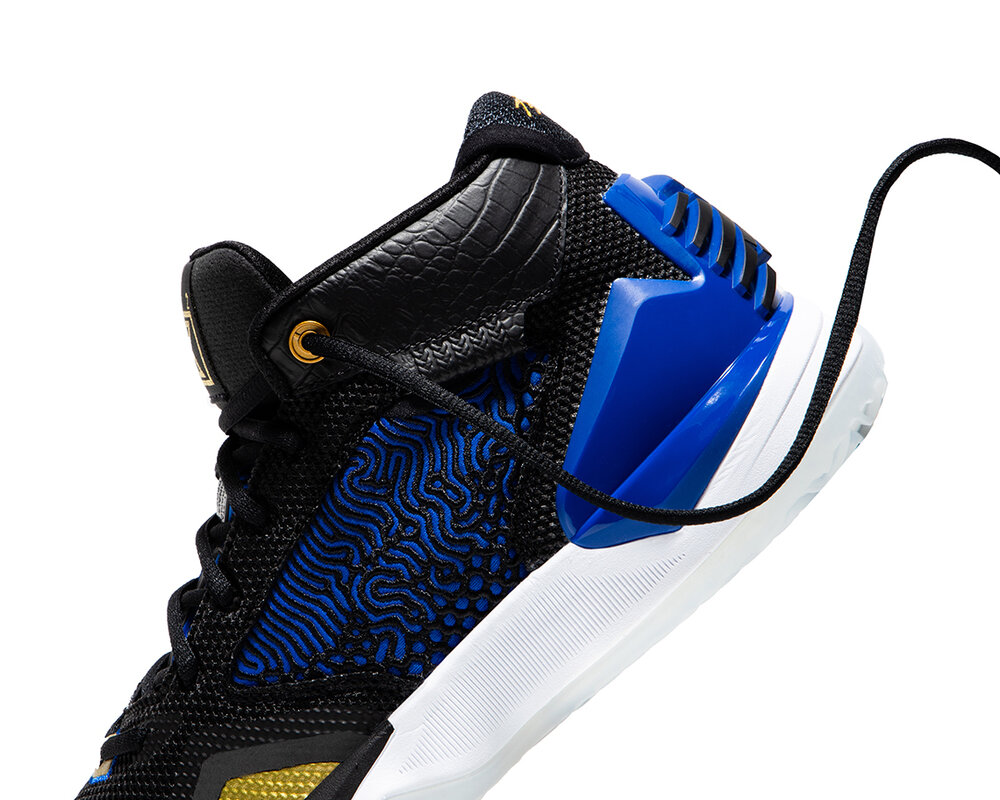 Just like the New Balance Omn1s, the New Balance Kawhi 4 Bounces’ midsole is featured with the brand’s proprietary foam, the Fuel Cell. The foam technology is infused with nitrogen so it will perform better and longer, providing more cushion and responsiveness from the midsole area when running or jumping. The insole is equipped with ortholite insoles which are thick, fluffy, and comfortable.

This new signature pair is built to be firm and strong. It has the vibe of a beefed up New Balance Omn1s due to its enhanced compression and support. It also boasts the brand’s new technology in Torsional Bar outsole, a TPU system attached as a semi-full spring plate atop foam which gives a lot of responsiveness and compression from the pair.

New Balance obviously gave a lot of focus in the stability and support of the pair which gives extra boosts to those who demand a lot of bounce and compression. However, the pair is high to the ground and does not give much court feel, also, it requires several break-ins before experiencing a certain level of comfort which might either be a plus point or a drawback for some. Nonetheless, the pair provides better stability and mobility. 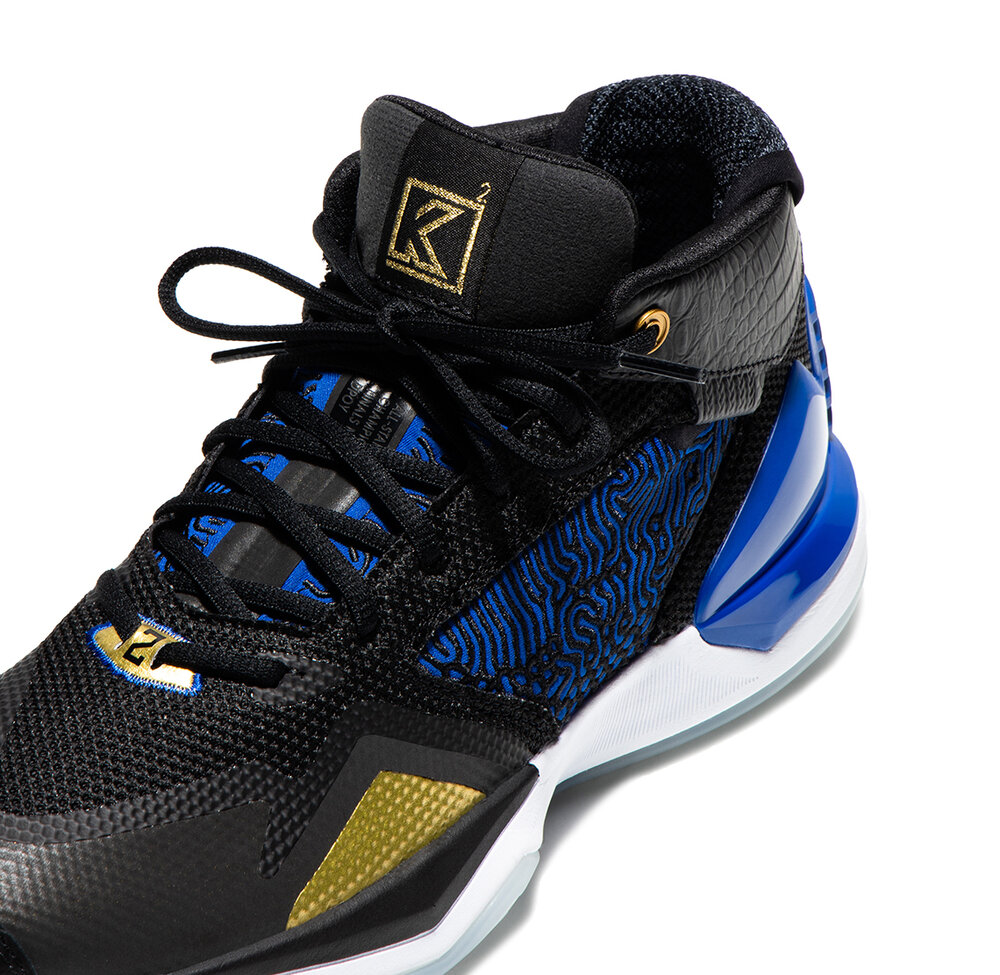 The pair is a bit snug or narrow, so it is suggested to go half a size down for length purposes. If you prefer a pair which gives tightness for added stability, but can still provide a lot of compression, then this is the right one.

It is good that after several years being in the NBA and using several player exclusive pairs from Jordan brand, Leonard finally received his own signature pair. It is a good boost for the company signing the likes of Kawhi, who has a much-accomplished resume, and has paved his way to stardom.

The brand did pretty good, and obviously exerted a lot of effort in assembling the shoe. With the addition of new technologies and the use of modern system, it seems like the brand is announcing their participation in the shoe game. Additional point also is the brand’s commitment in giving a nod to the career of Kawhi through the aesthetics of the pair.

With this release, the brand is trying to establish its name in the basketball world, but still has a lot to prove in the quality of their products. They used a mixture a new and existing technologies which will definitely give an impression to the performance of the shoes they develop. This experiment of New Balance in Kawhi’s first signature shoes will surely cause a lot of excitement and new experience to ballers.

It is reported that Leonard is using the exact same pair during games and those that will be in the retail, which could be a plus factor when deciding to buy a pair. Also, the details and designs are dope, and will definitely come in more colorways.

The New Balance Kawhi 4 Bounces nets an overall rating of 4.8 out of 5.

The New Balance Kawhi 4 Bounces is available at selected New Balance Stores with a US$160 price tag.