Nike will release the Doraemon-inspired SB Dunk High to give honor to Japan’s famous anime Doraemon, which will celebrate its 50th Anniversary. 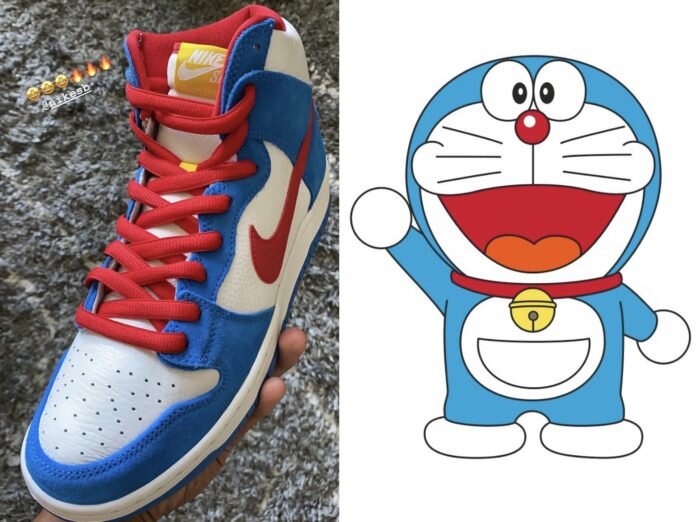 An anime series that cemented its legacy in the history, Doraemon was known as a character who solves any type of problems using super advanced technologies. Its character also became an inspiration to different anime products, games, apparels, and now, Nike gives it a nod in the new Nike SB Dunk High.

Credits to Kevin Perez for teasing the release and giving the most available images so far. Nike SB Dunk High will be dressed in Doraemon’s color patterns, along with a white leather base with blue suede overlays.

The yellow Nike SB logo is on the tongue tab, while the lace locks resemble Doraemon’s bell. The white color is seen on the midsole atop the blue outsoles, and are matched with red swoosh and laces.

Nike is yet to release official images, release date, and price, so stay tuned for more announcements. The Nike SB High Dunk High “Doraemon” will be available later this year at selected Orange Label skate shops. 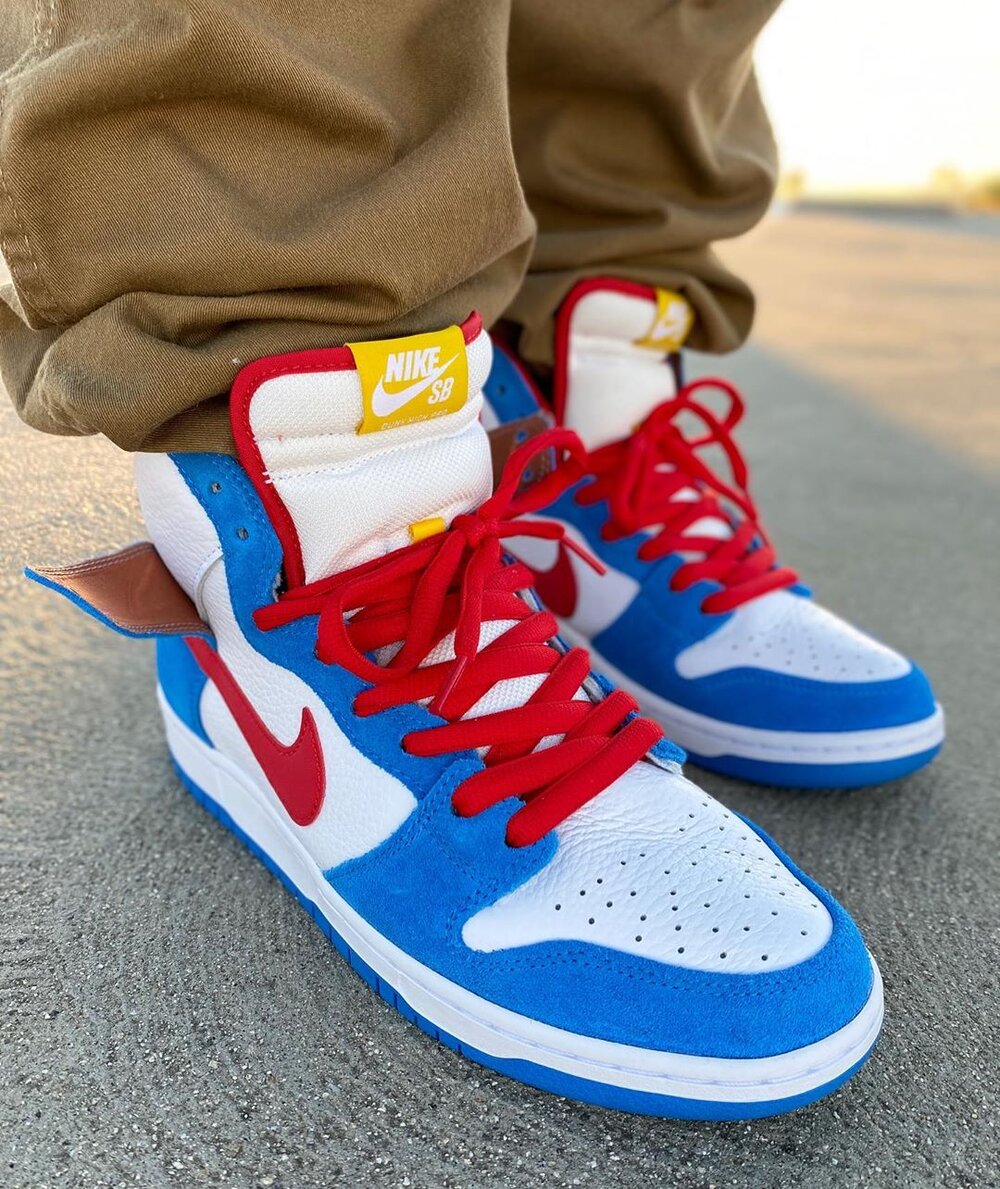