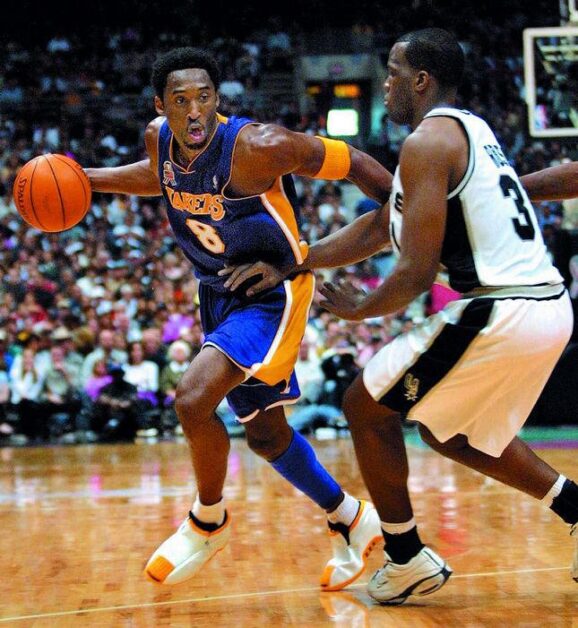 Sneaker deals require a mutually beneficial relationship between brands and athletes. A massive portion from the athletes’ million dollar revenue comes from these endorsements while brands maximize the athlete’s influence and popularity to pile up their income.

Just take Michael Jordan as an example. When “His Airness” signed with Nike back in 1984, the sneakers industry skyrocketed. The brand even generated US$100 million revenue by the end of 1984 when Nike released the Air Jordan 1.

Since then, brands have become more aggressive in signing marquee players to shoe deals. These brands invest millions — or even billions — of dollars each year to keep their core of athletes intact and satisfied, even offering them royalties and other privileges along with their million dollar contracts.

As of 2021, Nike, being one of the biggest players in this industry, now has a worldwide contract commitment of US$1.3 billion. This makes sense, considering that the brand has the likes of LeBron James, Kyrie Irving, Kevin Durant, and Paul George, to mention a few, in their lineup.

But relationships are fickle, and one single problem could ignite a spark and force both parties to part ways.

Just a month ago, Irving went on an Instagram tirade over his upcoming signature pair, the Nike Kyrie 8. The shifty guard vented out that he had nothing to do with the design of the soon-to-be-released signature pair and even called it “trash”. After the controversial social media rant, Irving released a statement where he revealed that he is working together with Nike to make everything right.

The relationship between the two turned out to be repairable. With a little patch of communication and involvement, both parties decided to carry on “build something great,” according to Irving.

It doesn’t always end that way, though, like in the case of the late great Kobe Bryant. Prior to his historical partnership with Nike, the five-time NBA champion was notably signed by the Swoosh’s biggest rival, the German brand adidas.

In 1996, the then-17-year old high school phenom signed a six-year, US$48 million deal with the Three Stripes a month prior to getting drafted in the NBA. This would explain why Bryant was not signed by Nike.

In his debut game against the Minnesota Timberwolves, Bryant wore a customized adidas EQT which was recently put up in auction by Gotta Have a Rock and Roll. Since then, the eventual Hall of Famer went on to wear adidas EQT Elevate the entire season.

Bryant’s relationship with adidas seemed to possess a lot of potential. Despite Bryant’s lowly rookie season averages of 7.6 points, 1.9 rebounds, and 1.3 assists in 15.5 minutes per game,  adidas still granted him his first signature pair, the KB8, in just his sophomore year.

Adidas and Bryant went on to release two more signature pairs instead of three, since the plan to release the KB8 II did not materialize. However, it was reported that there was one pair that became a catalyst to Bryant’s premature departure from the brand. 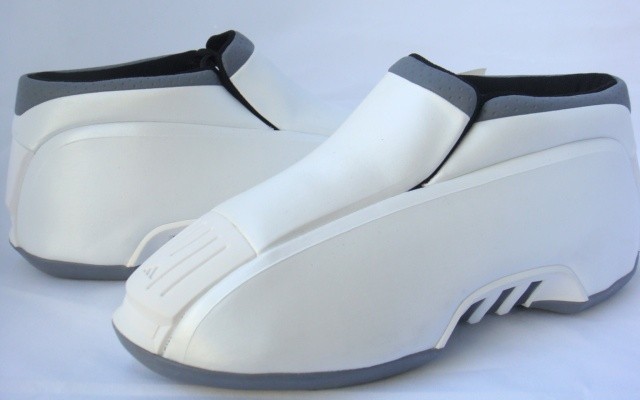 According to Eirik Lund Nielsen, the designer of the Kobe 1, the key behind the Kobe design was the collaboration process between the sneaker and other automotive industries. This made sense since Nielsen was known to use Audi TT Roadster to conceptualize the shape of Kobe 1.

However, when the idea was channeled to the successor, everything did not fall into its rightful place. The pair was initially dubbed as innovative and futuristic when it was introduced in a bizarre-looking low top iteration. But in all honesty, it gave off a Martian-like vibe. Everything about the Kobe Two was odd — its shape, its monotone silhouettes, and its performance. The pair even received hilarious and “NSFW” comments. At one point, it was even labeled as “the worst signature sneaker.”

Reportedly displeased by the Kobe 2, Bryant opted to revert to using the Kobe 1 during the Lakers’ title quest that season. He later on went on to reveal that the Kobe Two taught him that he had to lead the design charge.

It seems Bryant’s competitiveness wasn’t just limited to the hardwood.

Bryant ended up opting out of his contract with adidas and reportedly paid US$8 million. Bryant officially became a sneaker free agent in 2002 and went on to don various brands such as Nike, Converse, Air Jordan, Reebok, and And-1.

After a full season as a sneaker free agent, the eventual five-time champion became an official member of Nike in 2003. Bryant later on became one of the pillars that helped build the company’s empire in the shoe game.

On another note, adidas is looking to re-release the Lakers legend’s old model adidas pairs, which include the notorious Kobe Two, in 2022.